UK vs. EU: Portugal is against London Brexit – By Len Port 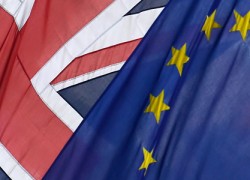 Portugal wants Britain to stay in the European Union, but while the new Socialist government will listen to Prime Minister David Cameron’s requests for EU reforms, certain demands would be beyond the pale.

“Our position is very simple,” said Portugal’s Minister of Foreign Affairs, Augusto Santos Silva, this week. “We will do everything in our power so that the UK remains in the EU.”

However, the foreign minister rejected any accommodation that “called into question fundamental values” such as freedom of movement and non-discrimination.

The Socialist government’s attitude to the possibility of a Brexit is much the same as that of the previous center-right administration. The subject did not figure in debates during the run-up to the inconclusive October general election.

After meeting Cameron in Lisbon in September, former Prime Minister Pedro Passos Coelho said he agreed that the EU needed modernizing but that its core principles must be kept intact.

Ironically, it is conceivable that the EU could indirectly bring about the downfall of the minority Socialist government. Although the Socialists have started to introduce a raft of anti-austerity measures, the far-left parties on whom they depend for power are out of step on some fundamental European issues.

The Communist Party wants Portugal out of the EU altogether. The Left Bloc is less radical but still euroskeptical and aligned with Greece’s Syriza.

While Portugal and Britain have had an alliance spanning more than six centuries, they have some key differences on modern Europe. The most obvious is that unlike the UK, Portugal is a member of the Eurozone and of the Schengen open borders agreement. Most Portuguese believe their economic future lies within the single market.

Opinions on whether the UK should stay or go vary considerably among Portuguese citizens and also among British residents in Portugal.

Prime Minister Cameron has set out a draft deal encompassing “substantial change” that would include an ‘emergency brake’ on migrant benefits. Exit campaigners say it does not come close to what he had earlier promised.

The proposed reforms will be debated at a crunch EU summit later this month. Depending on the outcome, Britain’s ‘in / out’ referendum could be as early as this June.

Support for Brexit is growing in the UK, with 42% of those polled wanting to leave the union, according to the latest YouGov poll.

A separate study commissioned by the Daily Mail last Friday showed a surge in support for continued membership, with 54% wanting to stay in, 36% wanting to leave and 10% undecided.

British citizens living in Portugal are in two minds about the possibility of their homeland leaving, but those who have lived abroad for less than 15 years will be eligible to have their say in the upcoming referendum.

Expats are being strongly encouraged to register to vote. The British Ambassador to Lisbon, Kirsty Hayes, has been raising awareness of the Overseas Voters Registration campaign launched by the Electoral Commission in the UK. Ambassadors in other European countries have been doing the same. Registering online is a simple procedure (see below).

Among the imponderables wafting around: Would Portugal be obliged to treat existing or any new immigrants from the UK with the same restrictions that apply to non-EU citizens?

And what of the rights of the estimated 107,000 Portuguese-born residents of the UK?

Clarifications will hopefully emerge in the weeks and months of hot debate that lie ahead.

* British expats who have lived abroad no more than 15 years can register to vote here. 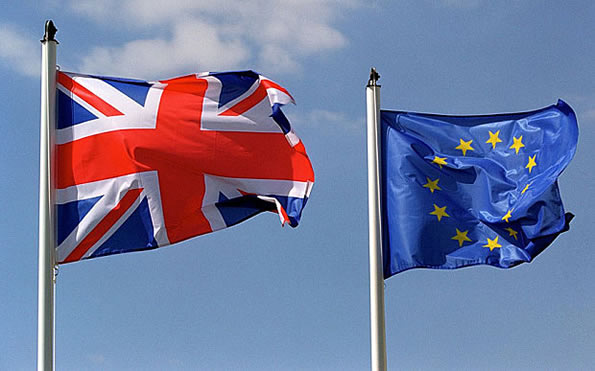