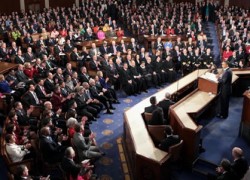 Sue Ellen Allen, who lived for years in the Algarve as a fugitive on the run from American justice, will have the honor of sharing First Lady Michelle Obama’s box in the House of Representatives during the president’s last State of the Union address.

A White House announcement on the eve of Tuesday’s address said that Allen and a small group of other special guests “personify President Obama’s time in office and most importantly, they represent who we are as Americans: inclusive and compassionate, innovative and courageous.”

It was in the Algarve, Portugal, in 2002 that Sue Ellen and her husband David Grammer, then using the aliases Susanna and Michael Grammiere, were exposed as fugitives. They had absconded seven years earlier, before being convicted in absentia of defrauding US investors of more than a million dollars. 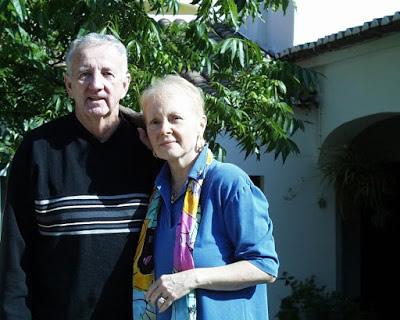 Photo above by B. J. Boulter, in 2002, as the Grammers prepared to leave the Algarve and give themselves up in the US Embassy, Lisbon

Former friends in the Algarve alleged that the Grammers had cheated them out of investments here too.

In the face of bitter accusations and threats to turn them in, the Grammers left their home in Silves, Algarve, and surrendered to the FBI in the American Embassy in Lisbon. Sue Ellen was undergoing treatment for cancer at the time.

“With only two more chemo sessions to go, our cozy world, our three dogs and four cats, vegetable garden, fresh food and pillow-filled world collapsed,” she recalled in a memoir, The Slumber Party from Hell.

She served almost seven years as an inmate of Arizona’s state prison for women. After her release in 2009, she co-founded an organization called Gina’s Team to provide support for women prisoners and help them get back to community life and out of any more trouble with the law.

Gina’s Team was named after Allen’s cell mate, Gina Panetta, who died of leukemia at the age of 25 while being treated in prison for breast cancer.

“Gina’s death started the next part of my life. She gave me my passion and my purpose,” Allen wrote in her memoir. 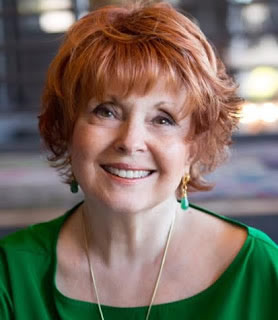 Sue Ellen Grammer, in Arizona, as a campaigner for prison reform

It was Gina’s parents who helped her start her campaign. Now a widow, Allen regularly returns to the same prison she was incarcerated in to help prisoners plan a positive future.

In a message at the weekend from her home in Scottsdale, Arizona, just before setting out for Washington, Allen said: “I will be sitting in the First Lady’s box at the State of the Union message! It’s an incredible honor to be there representing all the voiceless and faceless women who are still behind bars. I will take them with me in my heart. I’m also honored that Gina’s mother, Dianne Panetta, is joining me. It’s the ultimate road trip.”

Obama has taken a special interest in prison life and last July became the first US president to visit a federal prison. In his State of the Union address he is expected to advocate criminal justice reform and reducing recidivism rates. The United States has more prisoners than any other country in the world.

By wanting to change the way prisons work, President Obama and Gina’s Team are very much on the same wavelength.

Allen told BuzzFeed News: “People say, ‘Why should inmates have education? Why should they have anything?’ Well it’s a not privilege or a reward. It’s a necessity. It’s a necessity for them and for society because they’re all going to get out, and if we don’t prepare them and help them, they’re going to go back to their old life.”