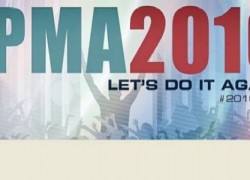 The International Portuguese Music Awards (IPMA) is back April 23, at the Zeiterion Theater, in New Bedford, MA, along with a gala red-carpet event the night before (at the Cultural Center in Fall River).

Established in 2013, the IPMA has grown to be a premier music award, in both the US and internationally, recognizing outstanding achievements by artists of Portuguese ancestry. There are nine categories: Fado, Music Video of the Year, Instrumental, World Music, Dance, Rap/Hip-Hop, Rock, Pop, Música Popular, and Song of the Year.

Songs are submitted for the awards from all over the world and sung in Portuguese as well as other languages, scattered over four continents. This year the contest received about 500 entries from artists from as far away as Angola and Mozambique.

At the awards ceremony, winners will be announced and the awards will be handed out, honoring those chosen by a panel of judges comprised of music industry professionals in various parts of the world. Nominees are honored for their contributions to culture and for their ability to inspire audiences all over the world.

The Portuguese American Journal spoke with three talented nominees who offered us a sneak peek into the IPMA event. They are Ramana Vieira, nominated for Fado performance; Joey Medeiros, nominated in the Pop Category, Música Popular, and Traditional music categories; and Michael Teixeira for Dance performance and Song of the Year.

The questions began with what drew them to Portuguese music. 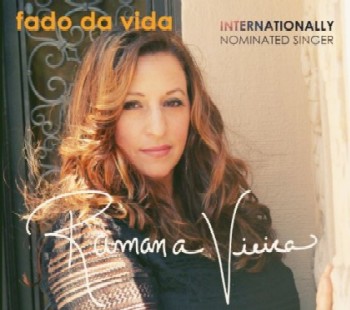 Ramana Vieira explains that she was inspired by her roots. “My heritage brings me to richness of the Portuguese the music. Especially Fado. It’s so hauntingly beautiful and meaningful, and it is an incredible sensation to sing this music that has originated in Portugal in the 19th century. I feel it speaks to the soul of Portugal and the souls of those who sing and those who listen.”

For Joe Medeiros, it was his childhood that attracted him. “I was brought up listening to Portuguese music at home. My dad had a very well-known Portuguese band throughout the 80’s and 90’s called “The Internationals,” and there would always be Portuguese music at home — from Jorge Ferreira to Roberto Leal; Dino Meira to José Cid. I love the rhythms of “Música Popular” which is the style of music I sing and arrange.” 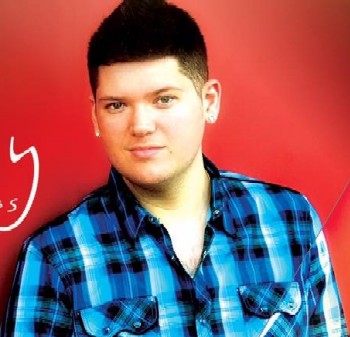 Singer and dancer, Michael Teixeira was motivated by his Madeira heritage: “We have a fascinating musical culture in Madeira that in many ways is unique to us from the rest of Portugal. It is one of the many reasons why I’m drawn towards this music.”

The trio was then asked about how music helped them keep up with their culture.

“Portuguese culture is an expression that goes beyond the barrier of words spoken, directly into the spirit of a person,” Ramana Vieira says, “Music has a direct impact on everyone it comes into contact with, music can heal, transform and transcend.  Music is an expressive language and it helps to tell stories, express ideas, and offers opinions and share emotions of life’s experiences.” Therefore, she said, “I feel music preserves the Portuguese culture by my embracing it and by being committed to sharing it.” 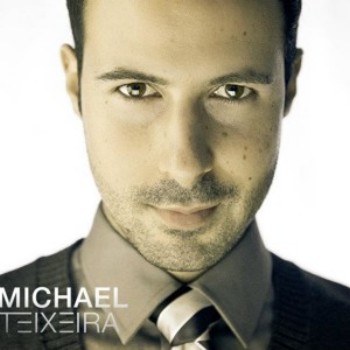 Joe Medeiros affirmed that “Music is part of the rich fabric of Portuguese culture. “I am going back to San Francisco State for my degree in Music History and for my Bachelor’s, I wrote my thesis about the History of Portuguese Music and its influence on today’s music. Whether it be Folklore, Fado, or marching bands,” he said.

“It goes deeper than just a note played on the guitar,” Michael Teixeira explained, “Portuguese music has many different influences.” As an example, he adds, “The gypsy population in Portugal played a major role in the creation of Fado music. Nowadays, there are still some examples of this. Genres of music are being created by the melding of musical tendencies in Lisbon with the music of former colonies such as Angola, Cabo Verde and Brazil.”

The nominees were also asked how they found out they were nominated.

“I heard the news on the Portuguese Radio Station from New Bedford, MA (WJFD) live exclaimed Joe Medeiros; Ramana Vieira says she learned of her nomination online, and Michael Teixeira was tagged on Instagram!

They were also asked on their thoughts about the positive influence of the IPMA.

“The IPMA awards came around to give something to the Portuguese community and to celebrate Portuguese Music,” remarks Joe Medeiros and he said, “It is to me the largest and well put on indoor show in the Portuguese communities around the world outside of Portugal. It is considered by many to be the Portuguese Grammys. It has helped launch some careers in the aspect of new talent as they have a Best New Talent category in which the winner gets to go to Portugal and promote on TV, and such. I am actually part of the Grammys and will be submitting to the Latin Grammys next time around.”

Ramana Vieira shares a memory from the 2015 show and describes the award itself, “It’s a statuette. I would say kind-of-like a cylinder with a globe at the top and it, and it says, “International Portuguese Music Awards” across the bottom, with the award category engraved. I was sitting last year next to winner Nathalie Pires, and it was beautiful and so is she.”

When asked about a favorite song, Michael Teixeira could not be specific: “I wouldn’t be able to single out one song, but my favorite artist is Maximiano de Sousa.”

For Joe Medeiros, there are too many to choose from, but he feels that for him, “It’s folklore ‘Tiro Liro’ and  Fado would be ‘Belos Tempos’ by Fernando Farinha.”

Ramana Vieira, claims it is the “Bailinho da Madeira” because, she says, “It expresses the joy, the liveliness, and the celebratory spirit of my parents’ homeland. It’s a song of rejoicing, whenever we perform this in our concerts we leave it for the last song and we always have people dancing in their seats and in the aisles.”

This year, the IPMA will be televised on various media outlets worldwide including RTP (Rádio Televisão Portuguesa) based in Lisbon, Portugal. In addition to the awards presentation, there will be a live performances by Paulo Gonzo (Portugal), Boss AC (Portugal), Rita Redshoes (Portugal), Chico Avila (USA), Apollo’s Crown (Canada), Frank Vieira (USA), and Afrika Rainbow (USA), and a New Talent competition.

People’s Choice
(To be announced)