Alice Clemente: Portuguese language and literature had to find a place – Interview 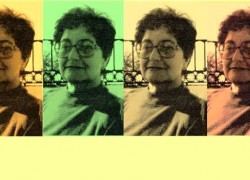 A native of Pawtucket, RI, Professor Alice Clemente is a Portuguese-American with roots in mainland Portugal. After completing her undergraduate and graduate work in Spanish Literature at Brown University, her love for the Portuguese language and heritage kept her working in a degree in Language Arts. For over ten years, she chaired the Department of Spanish and Portuguese at Smith College and also served as Acting Chair of the Department of East Asian Languages and Literatures for two years. Before retiring in 1995, she was the director of Medieval Studies for seven years, closing her long career at Smith College as professor of Spanish and Portuguese and Comparative Literature.

Clemente is an active environmentalist and former trustee and Massachusetts chair of the Connecticut River Watershed Council. From 1991 to 2006 she served as chair of the Water Supply Citizens Advisory Committee (an official advisory committee to the Massachusetts Water Resources Authority). She is currently on the Board of Directors of the Blackstone River Watershed Council and the Cumberland Land Trust.

Her recent publications include Doomed Love – A Family Memoir; On Translating the Amazon and Portuguese-American Women as Elected Politicians. She also serves on the editorial board of the Amazonian Literary Review for which she has also translated poetry and prose.

In this interview for the Portuguese American Journal Alice Clemente spoke of her Portuguese heritage, her teaching and academic career and how in the process she helped the Portuguese language and literature find a place in academia.

You come from a Portuguese immigrant background. Can you describe what it was like growing up in that environment?

My parents were both from a small village called Esmolfe in the Distrito de Viseu in the Beira Alta region of Portugal. The community I grew up in (the Valley Falls section of Cumberland, RI) is one that you already know in that it is one that I share with George Monteiro – we grew up about three blocks from each other.

George Monteiro and you were childhood friends?

He described it well in his recent interview with you . It was a tightly-knit ethnic community that nurtured us and gave us the strong sense of self that sustained us in a broader community that subtly revealed its discriminatory “subtext”. (See George’s comments on our 5th grade experience, for example.) We found our own ways of undercutting that discrimination and even enjoyed ourselves in the process.

My parents came to RI as teenagers but retained – and transmitted to my brother and me – their Portuguese identity. We spoke Portuguese at home and my brother and I attended Portuguese school at the Clube Juventude Lusitana where we learned to read and write the language and picked up a smattering of knowledge about Portuguese literature and history.

Like George, I would go on to study another literature and culture at Brown (Spanish) but would end up teaching both languages at Smith. Our Portuguese heritage would remain with me until today.

How has the literary “canon” of Portuguese-American (PA) writing changed since you first started teaching?

In the 1950s when I came of age Portuguese-American writing just barely existed. There were two or three well-known writers… Little by little, poets and prose writers began to appear (in the theater, not so much) but only very gradually did a significant corpus of writing emerge to even justify the claim for such a category. By the early 2000s, it was clear that something good was happening – a new canon was developing.

You have dedicated yourself to Gávea-Brown Publications. How did you first become involved with the press?

Before Gávea-Brown could begin, Portuguese language and literature themselves had to find a place at Brown. When George Monteiro and I were undergraduates at that university smack up against Providence’s Portuguese community in Fox Point, there was not a single course there devoted to Portugal or the Portuguese-speaking world. Some of us, George Monteiro and Onésimo Almeida in particular, were determined to see that change. (I was already at Smith by the time the change began but played a small role agitating from the outside.).

In time, it did happen, the first step being when the Spanish Department finally listened and hired Nelson Vieira to teach Portuguese. The rest, as that hackneyed saying goes, is history. By 1980, the Center for Portuguese and Brazilian Studies was well established in the university and from that base Onésimo set about creating the journal, Gávea-Brown – A Journal of Portuguese American Letters and Studies. He had George’s support and for that first issue, the support also of the newspaper Portuguese Times and of Eurico J. Mendes and Donzilia Sousa at the Azorean Times, as acknowledged in that volume. (I just checked the TOC and saw that I published a review in that issue.)

Two of the earliest books published by the press were by authors represented in our anthology, Thomas J. Braga’s book Portingales and George Monteiro’s The Man Who Never Was – Essays on Fernando Pessoa, most of them papers presented at the International Symposium on Fernando Pessoa, Brown University, October 7 and 8, 1977, the latter was the first book published by Gávea.

In his recent interview for PAJ, George Monteiro said it is time for an anthology of Portuguese-American poetry. We—that is, Alice Clemente and I—expect to prepare such a volume. Can you tell me what impact you hope the anthology will make?

George and I sought to call attention to a body of work that now undeniably merits recognition as a separate category of American literature. The authors individually had already found a place for their work in the mainstream of American literature. To a surprising degree many had already won major prizes for their poetry. But there was a link, a “common denominator” that needed to be acknowledged.

To really succeed in meeting our goal, the anthology will have to find a broader readership than the Portuguese-American community or the segment of academia already interested in the subject.

Unfortunately, the market for poetry is not as strong as it should be in this country. So far, there have been only a few reviews to my knowledge – all of them good – despite the efforts of Gávea-Brown Publications.

There is obviously more that needs to be done. Your group presentation, “Kale Soup for the Soul,” is doing a fine job of propagating the poetry “live,” with readings around the country. Have you thought about organizing a session on Portuguese-American poetry at the MLA? Or has that already been done? In retirement, I’m no longer keeping track… Like it or not, the MLA’s annual convention is a good way to get the word out and to gain a certain kind of legitimacy.

What were some of the challenges and successes of the anthology?

I would have to confess that the process of collecting the poetry was slow and a bit driven by chance, since the “canon,” as such, did not really exist in the public consciousness. Outside academia, it was acknowledged only as recently as 2009 by Prairie Schooner. The individual poets in some measure had to be “stumbled upon” or teased out. Even as we finished, we wondered whether we were missing someone working alone in the “wilderness”.

For me, the biggest success and happy discovery (to answer another of your questions) was to find so much good poetry out there.

Do you think the Portuguese-American (PA) body of literature falls under the Latino umbrella? At many universities and libraries, PA work is catalogued as Latino or Hispanic.

No, very emphatically no. To lump them all together is to reveal an ignorance of the different origins of the two ethnic groups, European in one case, Latin American in the other, and the differences in the life experience of these two categories of immigrants. This is not a value judgment in any way but an observation grounded in the facts of history.

We need to educate those universities and libraries. An interesting contribution to the growing record of the Portuguese immigrant experience is the most recent issue of Gávea-Brown (vol. XXXIV-XXXV, 2012-2013). Subtitled “Invisible no More”, it is a collection of studies many of them presented originally as papers at that conference at Yale University in 2001 where George made the above-quoted announcement of our projected anthology. While they are ostensibly about Portuguese-American literature, they shed a good deal of light on the diaspora itself.

With the exception of Katharine Vaz and Rose Peters Emery’s Footprints in the Soil, there seems to be a shortage of female voices in the world of Portuguese-American Literature. Why do you think there are so few women published?

That is a curious question. You seem to be discounting the books published by those women in our anthology – including your own. Are you not one of those voices? In my own experience, I have not encountered evidence of resistance to publishing work by women. At Gávea, that has never been an issue. Why then, fewer?

Is it a matter of publication or of writing? A perusal of the Sunday NY Times book review section would uncover a fair amount of women’s work being reviewed or advertised.

In Portugal women writers have done well indeed since the middle years of the twentieth century. Can it be that Portuguese American women simply are not writing novels? If not, why not? I wouldn’t even venture to guess.

How can women writers find their own space and establish a sense of belonging, you ask in another question. When I read that, I wonder whether men ever ask that question. But then I can’t imagine any of the well-known novelists I’ve been privileged to meet, male or female, ever having asked it. My impression (and it is nothing more than that) is that, like my fellow environmentalists, when they want to do something badly enough, they just do it – without thinking about their own space or belonging. I may be wrong.