PHCP: The Story of a Portuguese-American Publisher – Interview 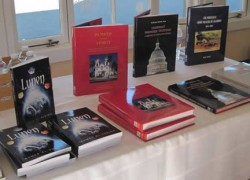 Portuguese Heritage Publications of California (PHPC) is a non-profit organization created to research, preserve and disseminate (for educational purposes) the vanishing memories and current relevant events about the Portuguese presence in California. The organization aims to document (for future generations) the accomplishments of Portuguese ancestors, the richness of the culture and the substantial contributions of Portuguese immigrants to the great state of California.

PHPC was created about 13 years ago by a small group from the Portuguese Chamber of Commerce of San Jose, CA: (Tony Goulart, Al Dutra, João Rodrigues, Dr. Décio Oliveira, José do Couto Rodrigues) who recognized immigration from Portugal, namely the Azores islands, had all but stopped, so they felt an urgency to document important aspects of the culture.

Under the leadership of Tony Goulart, the project coordinator, the first book, – The Holy Ghost Festas – A Historic Perspective of the Portuguese in California – was published in 2002, and, after receiving overwhelming community support, a second and third edition soon followed, so Portuguese Heritage Publications of California, Inc. was born. 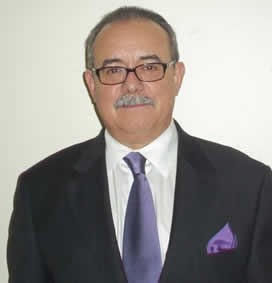 Recently, the Portuguese American Journal had the opportunity to interview Henrique Denis, the current President of PHPC, about the founding, flourishing and future of this unique specialty publisher. He has been involved with PHPC for the last seven years, the last two as its president.

Denis was born in the town of Angra do Heroísmo, Terceira Island, on the Azores archipelago, and joined his parents and siblings in San Jose in 1974, after serving in the Portuguese military, on the ex-colony of Portuguese Guinea. His family has migrated back-and-forth between Terceira and California for the last 110 years.

In this interview, we discuss what sort of books PHPC is looking to publish and Henrique Denis offers advice to would-be writers about how to submit manuscripts to the press.

Why do you think PHPC is essential to our Portuguese American community?

The Portuguese have been labeled in some circles as the sleepy community. It tends to go about its business without blowing its horn. We hope that by documenting and illustrating the accomplishments and contribution of our community to the state of California in the last 180 years, that in some small measure we are doing justice to those who came before us and empowering future generations to be proud of this valuable inheritance and to take it forward to bigger and better things.

How many books has PHPC published?

In the last 13 years, PHPC has published 23 books. Our Heritage Collection, includes in addition to The Holy Ghost Festas; Portuguese Californian’s – Immigrants in Agriculture, by Dr. Alvin Graves; The Portuguese Shore Whalers of California 1854 – 1904, by David E. Bertão; Capelinhos: A Volcano of Synergies: Azorean Immigration to America, a project coordinated by Tony Goulart, which involved approximately researchers on both East and West coasts of the United States; Power of the Spirit – A Portuguese Journey of Building Faith and Churches In California, by Joe Machado, Ferreira Moreno e José do Couto Rodrigues; California’s Portuguese Politicians – A Century of Legislative Service, written by Dr. Alvin Graves. For other titles or to purchase books, please visit: PortugueseBooks.org

What awards or grants has the press received?

Over the years PHPC has received grants primarily from the Portugal-based Luso American Development Foundation (FLAD) and the Government of the Azores. In terms of awards, our publications Power of the Spirit and California’s Portuguese Politicians both won “Best Author” runner up, in the History Book category, by the International Latino Book Awards, in 2013 and 2014.

How has PHPC evolved since it began in 2001?

Over time, as the press became well-known in California and in Portuguese communities in the US, authors of both English and Portuguese manuscripts approached us for support and guidance in getting their books published. The press has been historically supportive of individual efforts, once our Script Review Committee has the opportunity to review the submissions and determine their publishable potential. Children’s books are something that we have been wanting to publish for a long time, but never had the opportunity. Consistent with our mission, we hoped to find stories that tell our immigrant history in child-appropriate language.

Recently, a partnership between Sausalito-Cascais Sister Cities Foundation, FLAD and PHPC, afforded us the opportunity to publish our first children’s book. It is a bilingual (English-Portuguese) story for children 2-12 years of age, titled Maria and the Lost Calf, written by Kate Morejohn and beautifully illustrated by her husband Dwight Morejohn.

How do you fund the press?

Primarily by book sales. The proceeds from one project funds the next. Occasionally we engage in partnerships with individuals, foundations and/or the Azorean government. Of course, we are extremely appreciative of the support that we have received from the Portuguese immigrant community too.

What has been the biggest bestseller?

Without a doubt it was the Holy Ghost Festas; it is sold out after three print editions, totaling close to six thousand books. The novelty of the publication in a luxury edition, masterfully illustrated was certainly a major factor.

What sort of books are you looking for? Do you have any advice for writers?

We are keen on publishing books which tell the history of the Portuguese immigrant experience in California. We also welcome the opportunity to review fiction, poetry or essays inspired by the lives and experiences of the Portuguese in California.
We invite writers to contact PHPC at: info@portuguesebooks.org, or (408) 272-1222, if they believe that their works fall within this simple criteria.

Have your books been used for educational purposes?

Several are available at university libraries both on the East and West coasts, as part of permanent collections. Some are also used in course curriculum, such as Capelinhos: A Volcano of Synergies and Barrelful of Memories, which were adopted for courses by the Universities of Cambridge, MA and the University of California ­ Stanislaus.

What books would you recommend to someone collecting Portuguese heritage books for a home library or as gifts?

I would recommend all six publications within our Heritage Collection; from the Pioneer Collection, I would recommend Barrelful of Memories and Footsteps in the Soil. From our Colecão Décima Ilha, (Portuguese language poetry), Beijo de Abelha and O Cântico do Silêncio are my favorites.

Besides publishing, what other projects does PHPC sponsor?

Recently, in partnership with the Portuguese Athletic Club of San Jose and the Luso-American Education Foundation, PHPC sponsored the Young Portuguese-Americans (YPA) summit, an opportunity for young adults to engage in open dialogue about the various challenges associated with taking the Portuguese community into the future. We hope this initiative gains grass-roots momentum.

Any goals for the future?

We are currently working on a project that we hope will have a wider acceptance within and outside the Portuguese community. It will be a collection of individual and family immigrant stories, which we hope will appeal to anyone interested in the subject and the human drama associated to immigration. Besides the project currently in progress, code named: Immigrants Stories — Untamed Dreams Made in America, we anticipate publishing books about tuna fishermen in San Diego, the history of Portuguese media and perhaps Portuguese folk groups and marching bands.

As a publisher, what is your first priority?

Publish quality work that can withstand time and sell enough of it to fund subsequent projects. The biggest concern is market expansion beyond the Portuguese community.

What Portuguese saying or phrase sticks in your head?

(*) Millicent Borges Accardi is a contributor to the Portuguese American Journal. She is a Portuguese-American poet, the author of three books: Injuring Eternity, Woman on a Shaky Bridge (chapbook), and Only More So. She has received fellowships from the National Endowment for the Arts (NEA), CantoMundo, the California Arts Council, Fundação Luso-Americana (FLAD), and Barbara Deming Foundation “Money for Woman.” She also organizes the literary series Kale Soup for the Soul: Portuguese-American writers reading work about family, food and culture. Follow her on Twitter @TopangaHippie