Community: Arthur Lemos – The Man and His Music – Interview 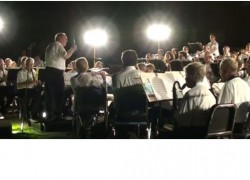 Arthur Lemos, a Portuguese-American composer, teacher and musician is a You Tube sensation! With 200 videos, the 81 year old’s most popular You Tube video, Paso Doble, has received nearly 20,000 views.

Recently, Arthur Lemos answered questions about his Portuguese heritage, his life and his music for the Portuguese American Journal.

Who inspired you to become a musician and a composer?

A friend of the family, a Catholic priest of Portuguese descent, gave us a piano when I was four years old. On my own, I started to play music that I heard. When I was in high school I had a band teacher, Dr. C. Andrew Randall, who inspired me and seven other band members, to become a music teacher. I started to compose music when I was at New York University working on my Bachelor of Science degree. All my life I liked marches and I decided to write some. It was a lot of fun and I have been writing music ever since.

You have nearly 200 videos on You Tube!

My most popular videos are concert bands playing my marches. My number one video is my Paso Doble, El Torero, which has been seen by 18,711. It was played by the Lone Star Symphonic Band in Houston, Texas, and I was in the audience. My number two recording is the same Paso Doble played by the Bronxville (NY) Summer Pops Band, with me conducting. It has been seen by 14,474 persons.

This makes me very happy and proud. People that have seen my videos tell me about it and they are very complimentary. Some also leave comments on the You Tube website. It is very encouraging.

The video above is the “El Torero” paso doble interpreted by Lone Star Symphonic Band in Houston, Texas.

How did you get started with your videos?

At first,all I wanted to do was record my music. Then I started to record myself playing my favorite classical pieces, especially the Piano Concerto No.2 by Sergei Rachmaninoff. Next came my recordings of Portuguese and Spanish music. Then recordings of my family tree, my family members in the United States, Portugal and Brazil. Over the years, I was elected Man of the Year by several Portuguese organizations and I received the Medal of the Order of Merit, from Portugal. I am still amazed and proud that I recorded almost 200 videos on You Tube.

Do you primarily write classical music?

I write serious music mainly, but in a classical style. I don’t write popular music. I very much like the music of Portugal, Spain and the United States in particular.

What is your Portuguese heritage?

My mother and my father were born in Mareco, Penalva do Castelo, Viseu, Beira Alta, mainland Portugal. My father came to this country in 1920, when he was seventeen years old. My mother came to this country in 1929. I was born in Mount Vernon (NY). As a child I learned to speak, read, and write Portuguese, which I do fluently, but I never studied it. In the home we only spoke Portuguese. I also inherited a small house, several small farms, and some small forests in Mareco, Portugal.

Has your music been inspired or affected in any way by your Portuguese background?

When I was five years old, dad, my uncle and three other musicians, played for all the dances at the Portuguese club in Mount Vernon, New York. I went to the dances and I very much liked the music. Years later, dad had a music store and he sold records of Portuguese music. I have always liked the traditional Fado and I love the Portuguese corridinhos. Portuguese folk music always made me very happy. It is a unique style of music, but so very happy and full of pep.

Are you a fan of Fado? Do you have a favorite singer or song?

I love the Fado. . . I like the passion, the sadness, the love, and the feelings expressed. I regret that the Fado is losing so much of its worth and respect and is being replaced by rock and roll and other American music, not Portuguese music. My favorite singer – of course – was Amália Rodrigues. I heard her sing at Lincoln Center, in New York, and I have many videos of her singing. My favorite Fado is Barco Negro.

In the video above Arthur Lemos plays the “Fado de Coimbra”, a music composed by Raul Ferrão with lyrics by José Galhardo, originally interpreted by the great Amália Rodrigues. This song has a version in English, titled “April in Portugal”, with lyrics by Jimmy Kennedy. This song became the most internationally recorded Portuguese song ever. In 2004 was published a CD with 24 different versions of this song, which represents just a sample of all the versions recorded around the world.

Are you a John Philip Sousa fan?

I learned about John Philip Sousa when I was about nine years old. My two favorites that I heard almost every day were Stars and Stripes Forever and Fairest of the Fair. I saw one of his musical comedies, El Capitan, performed by a group at Columbia University, when I was going to college. Sousa is to concert bands what Beethoven is to symphony orchestras. He was and is a great composer and should be revered as the top man in his field.

Can you talk about the people in music you have collaborated with? 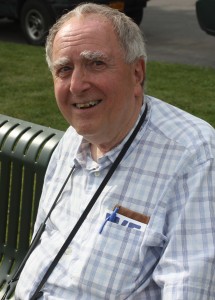 There is an Arthur Lemos Scholarship at Berkeley College. Can you tell me about how this was established?

How has the perception of Portuguese-Americans in the United States changed in recent years?

More and more Portuguese-Americans are visible in their communities and people are noticing us. Also, we are very much held in high esteem. A respected judge in Mount Vernon once said that he was so happy to be meeting so many Portuguese-Americans when he came to our club, because, he said, that he never met any Portuguese in his court as defendants!

Who are your favorite Portuguese-American celebrities?

When I was a child, there was a Hollywood actor and comedian who was quite famous. His name was Harold Perry (Pereira) and he played the role of The Great Gildersleeve on radio. John dos Passos was considered a great author when I was in school. I very much admire the television personality Meredith Vieira and I had the great honor of meeting her. I admire Tom Hanks, the actor, whose mother was Portuguese. Nestor Paiva, actor. Elmar Oliveira, violinist.

How has being a composer affected your teaching?

Being a composer helped my teaching. I felt that I was and should be a composer, a performer and a conductor of music. The more I did in music, the more well-rounded I was and more successful. Over the years, I played piano and tuba; I sang in choruses; I played in symphony orchestras; other times, I conducted different groups and I wrote music.

How did being Portuguese-American shape your life?

I have always felt that I am an American, but with very strong influences from Portugal. I am very proud of my Portuguese background and I feel that it has been a blessing. The family is so important in the Portuguese tradition, and I feel that. . . . The church is also very important and has made me stronger and a better person. Honesty, hard-work, dedication, responsibility, trustworthiness, and so many other traits are very strong in me and they came from my Portuguese heritage.

What Portuguese word(s) stick in your head?

Do you attend festas?

Ever since I was five years old, I have attended every year festas, bailes, and other activities at the Portuguese clubs. I have always enjoyed them thoroughly and they are very much part of my life. I have done this with clubs in New York, New Jersey, Connecticut and Massachusetts.

Do you have any upcoming events?

I just finished playing tuba in fifteen concerts this summer with the Baldwinsville Community Band. I will be giving a one day lecture of volunteer work on classical music at a school called Oasis in Syracuse (NY), which specializes in programs for adults.

What instruments do you play?

My main instrument is the piano. I also play the tuba and learned how to play all the other instruments in order to be able to teach them. This includes the clarinet, trumpet, French horn, baritone horn, organ, etc.

Was there a topic I missed that you would like to discuss?