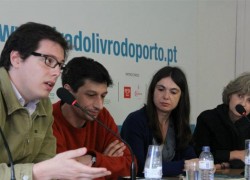 Book Fairs are special events in Portugal, attracting local fans and writers as well as international visitors. Plus, they generate revenue and a renewed interest in literature. They are important meeting grounds for ideas, opinions, and personal connections between artists and writers and also between writers and readers.

This year alone, the Lisbon Book Fair brought 500,000 visitors to the city. And, for the past 82 years, a sister event, The Porto Book Fair, has featured presentations, discussions, readings, book signings and writing workshops.

In 2012, the Porto Book Fair, in the northern city of Porto, mainland Portugal, attracted 250,000 visitors. Last year, the fair consisted of 117 large display pavilions, with 80 publishers from around the world and was held on Aliados Avenue for three weeks between May 31st and June 17th, 2012. The event featured local Portuguese writers Álvaro Magalhães, Luísa Dacosta, Manuel A. Pina, Ana Saldanha, Alice Vieira, Francisco Moita Flores and Jose Luís Peixoto.

However, this year because Associação Portuguesa de Editores e Livreiros and Câmara Municipal do Porto were not able to reach an agreement in regards to funding for the book fair, it was unceremoniously canceled for the first time in its nearly 100 year history!  Leaving writers and readers outraged. Local writer/filmmaker Nuno Soares explains the importance of the fair to the community: “I think this is a ruthless attack on culture in Porto. Porto is the alternative and the motor of the north of Portugal, letting cultural events like this one vanish is a critical fail to culture, especially literature.”

On June 5th, the writer José Luís Peixoto organized a meeting with readers at “Maus Hábitos” in Porto as a signal of protest against the cancellation of the Porto Book Fair: “It is a great loss for the city and I have been asked about the consequences. . .” said the author of Blank Gaze/The Implacable Order of Things (which received the Jose Saramago Literary Award).

For 12 years, Peixoto has been a regular at the Porto Book Fair and he says that the cancellation of the fair will not stop him from meeting with other writers and readers.

On the 22nd and 29th of June, a group of writers will gather to read their work and to greet fans on the site where the fair usually takes place. Others in Portugal and internationally will send text messages as a way to name those who stopped this annual event and to protest its cancellation.

Peixoto also encourages other writers and readers to join the movement and at least support the Portuguese Society of Authors’ (SPA) protest, “We stand and endorse the protest,” said the president of the writers’ union, José Jorge Letria.