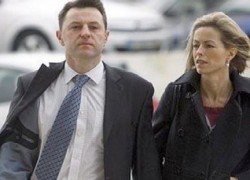 Kate and Gerry McCann seemed to suffer a setback this week in suing former detective Gonçalo Amaral over his controversial book about the disappearance of their daughter Madeleine.

In Lisbon’s Palace of Justice, Judge Maria Emília Melo e Castro handed lawyers in the civil action a written statement evaluating as proven or not a list of 37 points on which she intends to base her verdict. Neither the McCanns nor Amaral were present.

Amaral supporters said afterwards that the statement made them feel cautiously optimistic.

The McCanns are seeking €1.2 million in damages for the severe distress they say has been caused to them by the book, A Verdade da Mentira (‘The Truth of the Lie’), and a subsequent documentary.

The judge ruled that while statements in the book may have psychologically affected the McCanns, the anguish suffered by the couple over their missing daughter preceded the book’s publication rather than being a consequence of it.

She pointed out that the book was very largely based on facts in police files. While Amaral put forward the theory that the McCanns had hidden Madeleine’s body and fabricated a story about her abduction, he did not say they had killed their daughter, the judge said.

In personal statements to the court last July, both Kate and Gerry McCann spoke not only of the great harm they believed had been caused to their family by allegations in the book, but that the allegations had hampered the search for Madeleine.

The judge said Wednesday it had not been proved that the Polícia Judiciária stopped collecting information and investigating the disappearance because of the book’s contents.

Amaral insisted last year that the lawfulness of his book was “indisputable” because of a decision of the Appellate Court in Lisbon that overturned an earlier ruling banning it.

The McCanns now have time to seek and present authorization from the British High Court to formally represent their daughter in this case. Madeleine was made a ward of court at the instigation of her parents in April 2008. This could have a bearing on the amount of any compensation eventually awarded.

This long-running case in Lisbon has been suspended several times over the past five years, including in January 2013 when the court allowed the two sides to try to reach a private settlement. No agreement was reached.

No date has been set for a verdict but it is thought to be more than two months away. Even when it comes, the verdict will probably not be the end of the matter. An appeal is likely.

Also, Amaral has let it be known that he is considering instigating a counter defamation lawsuit against the McCanns to seek compensation for the enormous damages on different levels he claims they have caused him. 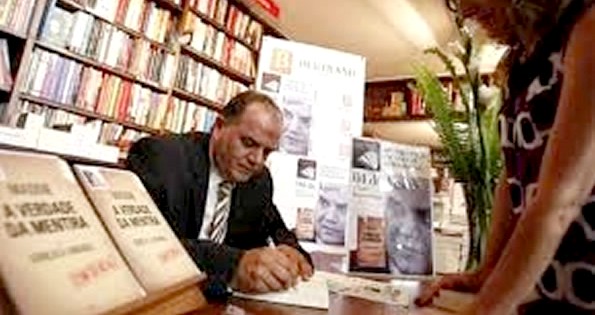