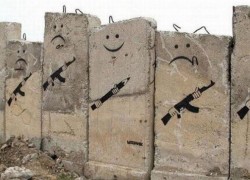 A review of the first week suggests we can expect more of the same over the next fifty-one.

No sooner had families and friends around the world exchanged best wishes for a healthy, happy and prosperous 2015 than the news broke about Her Majesty’s second son.

A woman alleged that a billionaire American investment banker used her as an under-age ‘sex slave’ and forced her to have repeated sexual relations in London, New York and on a private Caribbean island with rich and famous friends, including Prince Andrew.

This came on top of reported evidence that 22 Westminster politicians abused children, or were involved in child abuse cover-ups, and that the number of paedophile victims all across the UK could runs to tens of thousands.

In abuse of another kind, a Florida man has been charged with first-degree murder for decapitating his mother on New Year’s Eve. Christian Gomez, 23, had allegedly plotted his mother’s murder because she had asked him to do domestic chores.

In a shopping centre up in Idaho, a two-year-old baby boy shot and killed his mother with a pistol he found by unzipping a special purse she had been given as a Christmas present. Why the young mother felt the need to carry a gun while out shopping remained unclear, at least to Europeans, especially as she was described as “a motivated academic and a successful nuclear research scientist.”

With considerable military efficiency, two hooded gunmen killed and injured many people on January 7 in another attack on the Paris offices of a satirical magazine renowned for poking fun at extreme Islamists. The magazine had been the target of a fire-bombing in 2011 after publishing cartoons of the Prophet Muhammad.

Nothing quite so odious has occurred since the start of the year in Portugal, but the headline news has been no less bewildering.

“There is no justice in Portugal,” wrote Mário Soares in an article in the Jornal de Notícias. Many of his fellow citizens might loosely agree. Even so, it was an amazing statement coming from a former President of the Republic, former prime minister and one of the heroes of the 1974 revolution that replaced dictatorship with democracy.

Soares was referring to the treatment of another former socialist prime minister, and a good friend, José Sócrates, who has been languishing in jail while an inquiry is conducted into his suspected involvement in corruption, tax fraud and money laundering.

In written answers to questions from the national television station TV1, Sócrates insisted in no uncertain terms that the allegations against him were false and defamatory, that he was the victim of a criminal violation of justice and that his imprisonment was a “cowardly act of aggression.”

Meanwhile the current President of the Republic Aníbal Cavaco Silva ignored Soares’ challenge to intervene and have Sócrates freed. Instead he used his traditional New Year’s message to assert that the economy is growing, competitiveness is improving, unemployment is diminishing and investment is starting out on a path of recovery.

Unfortunately, the head of the European Central Bank Mario Draghi used a New Year interview to declare that Europe faced a “long period of weakness” with the “growing risk of price instability.” The euro promptly dropped to a nine-year low against the US dollar.

Despite Cavaco Silva’s pep talk, the government’s new ‘green tax came into force on New Year’s Day, hiking fuel prices in Portugal while they continue to plummet in the rest of Europe.

One driver in particular was rather less concerned about the price of petrol than the cost of his failure to pay a €1.60 motorway toll. With fines and charges added, he received a bill for €72.00

In addition to the stories short on news of either happiness or prosperity, most of the papers in Portugal ran one that questioned our chances of good health in the year ahead. It revealed that this year’s batch of flu vaccine will give no more than 50-50 protection against the latest aggressive strain of the flu virus, which may reach epidemic proportions as it is the same virus that sparked a pandemic in 1968.

Perhaps the most perplexing news was contained in the science section of Tuesday’s Diário de Noticías. A Portuguese university team has won a competition organised by a Dutch foundation with a project that aims to supply seeds for germinating on Mars during an unmanned mission there in 2018. Full marks to the winning team, but does the Red Planet really need any human input?

For plain silliness, though, it was hard to beat the story about a planeload of Lisbon passengers disembarking at London’s Stanstead Airport. The crew of the Ryanair flight said they directed the passengers to an assigned arrivals gate. Instead, the passengers walked through an exit door ‘left open in error’ and ended up in the departures area. The shambles that ensued caused long security-check queues and take-off delays.

Any good news at the start of the new year? Well, it didn’t make it into the headlines but house martins, which are largely immune to human lunacy, are gearing up for their epic journey back to Portugal and the rest of Europe from their winter sojourn in sub-Saharan Africa. And one of Portugal and southern Europe’s most attractive and delightfully well-organised resident birds, the hoopoe, has already started nesting.

Hoopoes nest most commonly in the holes of trees, but are also known to use buildings and ground holes.