Update: A new shake-up in the Madeleine Mccann case? By Len Port 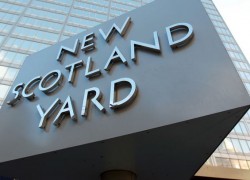 The Operation Grange investigation by the Metropolitan Police into the disappearance of Madeleine McCann is said to be “upbeat” and set to continue despite mounting costs, a top resignation and apparently still no breakthrough in sight.

The latest episode in this extraordinary case, with Scotland Yard detectives questioning ten people in Faro, does not seem to have resulted in any meaningful progress.

The previous high point in the investigation featured British police searching across three sites next to Praia da Luz in the summer. Scorned by sceptics as a ‘whitewash’ and a ‘circus,’ the searches produced no new evidence and gave rise not only to exasperation among local citizens, but also speculation that the investigation was nearing its endgame.

The speculation heightened with news that the cost of the inquiry was approaching £10 million at a time of stringent budget cuts that could have disastrous consequences for police forces across the UK.

The announcement that Detective Chief Inspector Andy Redwood was retiring from the Met as the head of Operation Grange further invigorated the notion that the case was going nowhere.

“After careful consideration and a full and rewarding career in the Met, the time is right for me to move on,” Redwood said.

A headline in the Mirror declared: “Madeleine McCann top cop quits: This does send a certain kind of message.”

The paper reported that with Redwood’s resignation, “the inquiry into the disappearance of Madeleine McCann suffered a blow.” It went on to quote a source close to the inquiry: “The investigation has gone on for three and a half years now. However a lead detective would not typically stand down if they can see a result in the pipeline.”

If this did indeed send “a certain kind of message,” it was somewhat confused by the simultaneous announcement that DCI Nicola Wall was to replace Redwood as leader of the Operation Grange team.

This left some observers wondering if the latest questioning in Faro was a last ditch effort that might soon lead to a formal wrapping up of the investigation.

Anthony Summers, co-author with his wife Robbyn Swan of the book Looking for Madeleine, told the BBC Breakfast program that, according to his sources, the Operation Grange team is “upbeat and believes the case is solvable.”

There is said to be no political pressure, no hidden agenda and no pressure or problem about expenditure.

The team still comprises about 30 officers and support staff, essentially the same number as earlier in the investigation. The expectation is that they will continue ploughing methodically though a vast amount of information.

So, the indications are that although the investigation is taking a very long time with apparently little success, this should not be interpreted as meaning that detectives are pessimistic about the case or about to give up.

It has been known by insiders for some months that Redwood was going to retire. But immediately after the announcement, the Mirror quoted a senior Labor MP as saying: “There are times when public duty must override personal circumstances, and this is one of them. If senior officers were aware of the DCI’s retirement plans, why was he put on to this case in the first place?”

Interesting question, but this is a side issue.

The main thrust is that Nicola Wall has now met the senior Portuguese officials she will be collaborating with after formally taking command of Operation Grange on 22 December.

When Inês Sequeira was appointed Portimão’s new public prosecutor in October she was quoted in the press as being “utterly determined” to crack the case.

Nicola Wall has served at the Met for 26 years, most recently as head of the Murder Investigation Team in West London. Hitherto she has not had much media coverage, but that’s about to change.

Vogue magazine last year reported that she prided herself on her investigative speed; that she was only partially joking when she attributed her low media profile to the fact “we solve cases so quickly nobody gets involved.”