There is a growing conviction among many climate scientists that global warming is worsening with potentially catastrophic consequences that in Portugal could include the Algarve’s coastal towns and resorts becoming regularly inundated by significant marine flooding and inland areas, turning into a desert well before the end of the century. But is this credible, and anyway, who really cares?

Climate change is arguably the biggest threat that humanity has ever faced and so perhaps it should have repeatedly dominated the headlines this past year, if not the past decade. It didn’t because discussion on the subject is so confusing and implicitly terrifying that many people don’t even want to think about it.

Academic debate rages about whether or not the globe really is warming – or if so, why, by how much, and what should be done about it.

The majority of leading scientific authorities argue that the surface temperatures of the Earth have been rising since 1900 – increasingly so in the last four decades.

The Royal Society, Britain’s pre-eminent scientific association, is in little doubt as to why: “It is now more certain than ever, based on many lines of evidence, that humans are changing the Earth’s climate.”

On what may lie ahead, the British Society is equally confident: “Long-term climate change over many decades will depend mainly on the total amount of CO2 and other greenhouse gases emitted as a result of human activities.”

Others are bolder in the views. George Marshall, the Oxford-based founder of the Climate Outreach and Information Network, points out in a new book that “scientists who are, as a group, extremely wary of exaggeration, nonetheless keep using the same word: catastrophe.”

But sceptics insist the theory of ‘catastrophic’ global warming is doom mongering and a fraudulent scientific conspiracy. Some have dubbed it ‘the greatest scam in history.’

Paradoxically, the fuss is about only a few degrees. The word ‘catastrophe’ enters the fray to describe what the world can expect if the climate warms by more than 2° C.

‘Catastrophe’ may seem a little strong for a small amount of warming, but even a change of a few degrees could have extremely negative effects on agriculture, food production and fisheries in Portugal as elsewhere.

If it were to stretch to 4° C, sea levels would rise so much that not only small towns and resorts in the Algarve, but Lisbon and two-thirds of the world’s other major cities would end up underwater.

One of the world’s most influential climate scientists, Hans Joachim Schellnhuber believes, “The difference between two and four degrees is human civilization.” Along with many fellow-scientists, he thinks the 4° C scenario is increasingly likely.

Four degrees of warming overall would make it two degrees warmer in some places, 12 degrees or more in others. The world, much of it then uninhabitable, would be hotter than at any time in the last 30 million years.

This could happen by 2060 – in other words, if not in our lifetime then in the lifetime of our children or grandchildren.

Portugal is thought to be one of the countries most vulnerable to global warming in Europe. Sea levels along the shores of the mainland have been rising annually by more than 4mm over the past decade, twice those in the previous two decades, according to a government-commissioned report.

Rises in average summer season temperatures of up to 7° C are predicted for the mainland, though only 2-3° C in Madeira and 1-2° C in the Azores.

Referring to a report released last month by the World Meteorological Organization, the Scientific American magazine ran an article stating that 2014 will likely prove to have been the hottest on record for the planet. “This would make 2014 the 38th consecutive year with an anomalously high annual global temperature.”

Such assertions are dismissed by sceptics who insist that the latest scientific evidence shows that while carbon dioxide emissions have risen, there has been little or no global warming since 1998.

According to climate specialists Sebastian Lüning and Fritz Vahrenholt, who have examined historical temperature data recorded by weather stations in Lisbon and Coimbra over the last 140 years, the temperature has risen by nearly one degree since 1850, but there has been no warming either in Portugal or globally in the past 16 years.

“Hardly known today is the fact that around 1950 temperatures in Portugal were as warm over a ten-year period as they are today. And 60 years before that, during the late 19th century, another warm peak had occurred in Portugal, though temperatures were not quite as high as modern levels.”

Those in the skeptical camp claim that the catastrophe hypothesis is a socialist plot designed to curb capitalism.

The retort from the other side is that ‘denial’ of global warming is being engineered and funded by right-wing elitists with vested interests in the oil industry.

On carbon emissions, however, there is some common agreement that the levels are rising and that something ought to be done about it.

Portugal is only a small country but it is doing its bit to cut fossil fuel dependency, expand renewable use and generally strengthen its climate policies.

A survey in 2014 confirmed Portugal’s high standing among the 58 countries responsible for more than 90 percent of global energy-related carbon dioxide emissions.

The biggest polluters, including China, Russia, India and the US, have been ducking and diving on this issue since the first Earth Summit in Rio de Janeiro in 1992, the Kyoto Protocol in 1997, the Copenhagen summit in 2009 and 18 other major meetings under the auspices of the United Nations. The latest, a few weeks ago in Lima, Peru, offered a glimmer of hope.

“Governments took a step back from chaos in the climate change discussions in Lima and found a way forward,” reported the Guardian, “albeit with some fudges and compromises, giving themselves just 12 months to finalize a crucial international agreement to avoid dangerous levels of global warming.”

The only startling news to come out of the Lima conference, attended by representatives from 195 countries, was that a group of Greenpeace eco-warriors distinguished themselves by trampling over an ancient UNESCO World Heritage Site “while setting up one of their sanctimonious, publicity-grabbing stunts,” as a skeptical columnist in the Sunday Times put it.

Environmentalists everywhere are fed up because top-level political shillyshallying has been going on for well over a decade. Now would be a good time for world leaders to stop procrastinating and start turning words into action.

They are in no great hurry, of course, as governments rarely have a long-term vision, being focused only on their next election. The next summit, in Paris, will not be until towards the end of 2015.

As for the rest of us, we can barely cope with all the bad news about wars and terrorist savagery, corruption and economic crises, let alone the terrifying prospect of a global climate catastrophe.

As supposedly the most intelligent of species with dominion over all others, the title of George Marshall’s new book – Don’t Even Think About It: Why Our Brains Are Wired to Ignore Climate Change – speaks volumes about what a hopeless lot we humans are when it comes to looking after life on our planet. 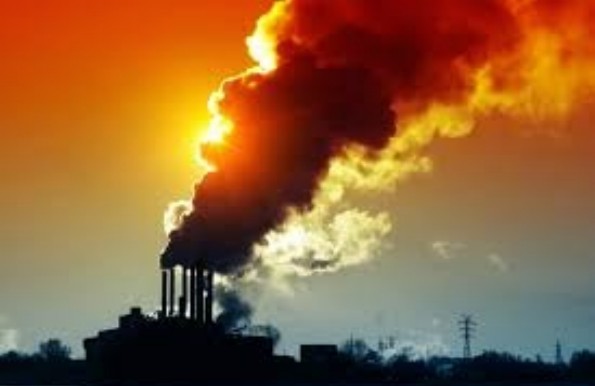