Corruption: From football to politics let the eruption begin! – By Len Port 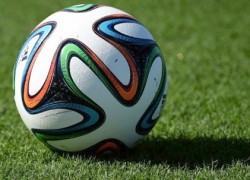 Just as the international news was getting really bleak and boring along comes Sepp Blatter to cheer things up and add to our waning excitement over former Portuguese Prime Minister José Sócrates.

It turns out that apart from anything else, the diminutive Blatter is a dirty old man and nearly got a punch in the gob for eyeing up the glamorous girlfriend of John Dalaney, chief executive of the Irish Football Association. He stared at her for seven or eight whole seconds before Delaney warned him to “move on,” or words to that effect.

This revelation came after the shock news that thrice-married Blatter, aged 79, turned up at his re-election ceremony with another man’s wife, a stunningly attractive woman almost 30 years his junior. 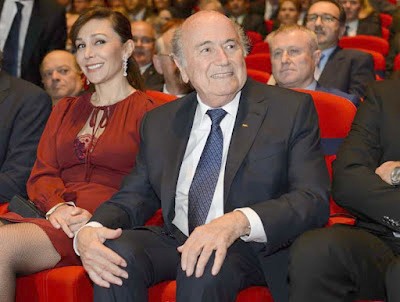 All we are waiting for now is Sepp’s arrest. It may take a month or two, but stand by. Even the handful of people in this country who don’t follow football and had never heard of FIFA, or perhaps thought it was a brand of chocolate bar like KitKat or Crunchie, will be rejoicing. Corruption, particularly among the filthy rich and famous, is not appreciated, especially by those struggling with austerity.

Blatter’s tirade about how he was stitched up by the press and legal authorities raises smiles. We’d heard it all before from none other than Portugal’s former prime minister who is still banged up while a judicial enquiry continues into his alleged corruption and money-laundering activities.

Almost seven months after his arrest, Sócrates was this week faced with the choice of staying in his prison cell or accepting an offer of house arrest wearing an electronic bracelet. Easy decision for most of us, but José is not like us: he chose to stay in jail. 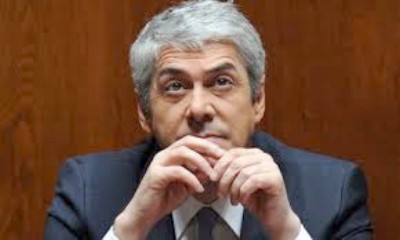 Transparency International has been critical of Portugal in the past but Portuguese prosecutors chalked up a major milestone by arresting the former prime minister last November. Newspapers in Portugal and beyond dubbed it a “political earthquake.”

Sepp Blatter knows a thing or two about earthquakes. He told critics it would take “an earthquake” to change Qatar’s controversial hosting of the 2022 World Cup. Let the eruption begin!

The press used the word “earthquake” to describe the arrest of numerous senior FIFA officials, but that tremor was way, way off the Richter scale. The arrests are also said to be merely “the tip of the iceberg.” If so, Blatter is almost certain to be brought in shivering from the cold.

Sócrates was probably not in the same league as Blatter and there is no suggestion – not yet anyway – that the two collaborated. But both had been connected with scandals long before the one that brought them down. Both are suspected of involvement in complex “webs” of corruption featuring the movement of millions of euros around Switzerland and various dodgy offshore places.

Although Sepp has yet to feel the hand on the back of his collar, his days of super luxury living may be severely numbered as his chirpy former FIFA friends start singing like canaries.

Both Blatter and Sócrates will have to come up with something better than the corny old line about being victims of press hate campaigns. Much of the groundwork on the FIFA scandal was done by top-notch investigative journalists. For once, the media are on the receiving end of accolades. Hard to believe it, eh?

Certain elements of the free press deserve hearty pats on the back for getting on with the job of digging out the truth about mega corruption and cover-ups, something that lackadaisical authorities in many countries have been turning a blind eye to for years.

Prosecutors in Portugal will probably be closely watching their counterparts in the US and Switzerland for hints on how to sharpen their knives, not only against the former prime minister, but the likely legions of other corrupt officials in Portugal.

Even if he agreed to being released with a bangle, I think we could trust José, I think. But while Sepp remains at large, no woman can feel safe.
____________