25th April: Has time come for another big change? – By Len Port 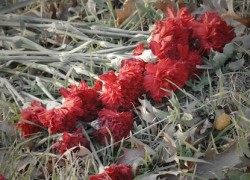 Forty-one years on from the joyous Carnation Revolution that ended half a century of dictatorship, the Portuguese are unhappy. According to the latest Eurostat opinion poll on the subject, the only less happy people in the whole of the European Union are the Bulgarians.

“Overall, how satisfied are you with your life these days?” the Eurostat poll wanted to know. The answers showed that the least dissatisfied were those in the 16 to 24 age group.

Of course the respondents did not include the young who have left in droves to seek work and a better life abroad. Nor did the poll take into account the birth rate in Portugal, which is the lowest in Europe and well below the death rate, another factor adding to the growing vacuum of desperately needed dynamism and innovation.

The over-50s – the pre-revolution generation – registered the greatest dissatisfaction, according to Eurostat. Ask them now about the ‘old days,’ and they will tell you that everyday life has greatly improved and become much easier in many ways, but gone backwards in others.

Around the time of the revolution, most people at least nominally still believed in God. Now they find it hard to believe in anyone in authority, especially politicians. Salazar seems like a saint compared to the recent and current crop of administrators.

Strict authoritarian rule has gone, but a more insidious kind of control in the form of bureaucratic regulations at every turn is now limiting freedom. Small businesses will certainly attest to that.

The high hopes of 1975 have been replaced by widespread despair. Few working people will find much to celebrate on o Dia da Liberdade this year.

Foreigners unaware of Portugal’s long history steeped in oppression find it strange that pessimism and low self-esteem should be so prevalent in a culture that these days is one of Europe’s most open, welcoming and tolerant.

Some Portuguese argue it is time for another transformation, not initiated by idealistic young army officers, but by a groundswell of public opinion demanding a fundamental change in economic and social conditions to end the debilitating status quo.

Ironically, part of this is due to membership of the European Union, which for two decades from 1986 opened the country to greater stability, confidence and wealth – until it all started to come crashing down in 2008.

Just before the 1974 revolution, Portugal’s economy was growing at well above the European average. Second only to Greece, it is now reckoned to be Europe’s most vulnerable.

The hollowed-out middle class and those at the lower end of this deeply unequal society have taken the brunt of the austerity measures imposed by the government at the behest of the International Monetary Fund, the European Commission and the European Central Bank.

It was the previous Socialist government that agreed to aid at a terrible price from the Troika. Since the last election four years ago, the right-of-center coalition leader Pedro Passos Coelho has been unswerving in his commitment to Portugal’s bailout programme.

In the face of political and public opposition to austerity and harsh structural reforms as the remedy to the sovereign debt crisis, the government has stuck to its guns. Along with Ireland and Spain, the government in Portugal has rejected Greece’s antagonistic efforts to gain special concessions. In seeking to create economic and fiscal stability, Portugal has adhered to the agreed hard terms.

The Socialist leader António Costa says that far from being a panacea, the bailout programme has been a deplorable failure that has produced nothing but poverty and misery.

For what it’s worth, Central European Bank president Mario Draghi thinks Portugal is a success story for the European Union’s financial policies.

“Portugal has reached the stage where it is fully reaping the benefits of the measures that have been undertaken in the past years,” he said.

Despite such talk, the lack of public confidence in authority and the division of opinion over the way the government is handling the country’s economic and social woes run deep.

Yet there seems little appetite as in Spain to follow Greece and switch to a radical new party to replace the entrenched two-party system. A hung parliament in Portugal’s next general election this autumn could even result in a grand coalition, as tried in 1983-85 under Mário Soares and now in operation in Germany.

In announcing his candidacy as an independent in next January’s presidential election, businessman and former Socialist member of parliament Henrique Neto made the point that both sides of the political spectrum need to be utilized to solve Portugal’s problems.

The most pressing of the problems include unemployment, currently running at 13.5% overall, 35% among the young. As ever, corruption at all political and social levels is appalling.

Corruption is the country’s “biggest evil,” according to the former deputy mayor of Porto Paulo Morais who has also announced his candidacy for president of the republic. He has said he wants to “increase transparency” and “recover the respect for the main constitutional principles that have become systematically forgotten.”

Wider worries persist over the very future of the Eurozone as Greece wobbles ever closer towards default and a likely exit from the euro. Yet more crunch talks between EU finance ministers are being held this week, but commentators are unanimous that time is running out.

All is not lost for Portugal. Aside from the real possibility of a Eurozone meltdown, much depends on the outcome of the autumn general election. Anxiety and tension prevailed from the turmoil of 25th April 1974 until the first free elections in 1975 and 1976. Maybe history will repeat itself. Perhaps some real relief and hope for better days will be forthcoming.