What if? Why not Patagonia? Is bigger better?… By Len Port 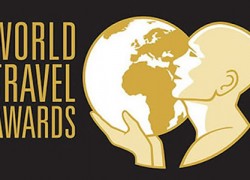 Boatloads of British immigrants are expected to head from Portugal and Spain to the South Atlantic if Britain decides to leave the European Union. They fear that Brexit will make them no longer welcome in the EU. For many expats the Falkland Islands seem a good option. For others, Patagonia would do. Anything but having to return to live in that confused homeland misnamed the United Kingdom.

“Fuel fury”, as one paper headlined it, has been propelling motorists across the border into Spain to fill up on cheaper petrol. As prices at the pumps in Portugal rose for the third time in four weeks and reached a European high, Economy Minister Manuel Caldeira Cabral called on the Portuguese to be “more patriotic”. He said they should perform their “civic duty” rather than help the Spanish taxman. This laudable appeal is said to have backfired and sparked choruses of ‘Viva España’ as PT number plates sped eastward.

Everything is done on a far grander scale across the border. Spain’s 36.5 million voters have been able to do without a government for three whole months – and none is yet in sight. After Portugal’s inconclusive general election in early October, the 9.7 million voters in this country had less than eight weeks to wait before a working government was cobbled together. New elections in Spain will have to wait until June, and the same result is expected – i.e. no clear majority. Just for once the Spanish might like to follow the example of their Iberian neighbors. More than 44% of Portugal’s registered voters ignored the last general election here. The abstention rate in Spain was only 30.3%.

Gloom and doom
Due perhaps to a fleeting shortage of bad news, the online edition of an Algarve paper last Friday declared: “Winter comes to an end this weekend with some miserably gloomy weather. Rain, bitter temperatures and lightning are forecast all over Portugal with maximums expected to plunge from between 7°C to 3°C”. As it turned out, there was a nice drop of rain for the garden even if it was a tad nippy at times. Many of those enjoying the first flush of spring have already forgotten that last month was the hottest February ever recorded on the planet – but oh for heaven’s sake let’s not prattle on about doom as well as gloom.

The 2016 summer season for Portugal’s tourist industry has started on a high. Another record year is predicted. Hotels and holiday villas are already virtually fully booked for the peak months. Tourists information offices will be kept busy answering all kinds of questions. An unusual group of visitors called into the head office of Turismo de Portugal in Lisbon last week, but they weren’t looking for help about where to stay. They were interested in the economic activities of a former member of the Turismo de Portugal’s administrative board. It’s good that the anti-corruption police are getting out and about more these days.

Almost 100 organizations in Portugal have reportedly received nominations for this year’s World Travel Awards. For example, TAP, the national flag-carrier, otherwise known as Take Another Plane, has been nominated for no fewer than six awards, including Europe’s best airline. The company behind the accolades modestly describes them as “the Oscars of the travel industry”. The global travel industry news service eTurboNews cancelled its media partnership with the company last year saying that the awards “may be interpreted as plain and simple fraud”. Choosing his words carefully, eTN publisher Juergen Thomas Steinmetz went on to note that “unsuspecting tourism boards, hotels, airlines and attractions may have been victimized by this scheme over many years”. Hmm… well, maybe this year things will be different.