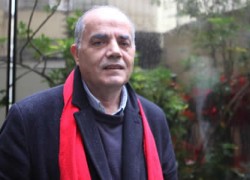 Gonçalo Amaral has won his appeal against a Lisbon court’s decision last year to award half a million euros in damages to Kate and Gerry McCann.

The award arose from the McCanns’ objection to Amaral’s book Maddie: The Truth of the Lie published in 2008. The overturning of the damages ruling and the lifting of the ban on the book is said to have come as huge relief to Amaral and his many supporters and admirers.

As the former coordinating detective in the original Portuguese investigation into the disappearance of Madeleine McCann, Amaral has always questioned the McCanns’ insistence that Madeleine was abducted. He believes they were involved in their daughter’s disappearance and fabricated a cover-up story.

After last year’s judgement, Amaral described the court’s libel ruling as unfair in that it questioned every Portuguese citizen’s right to freedom of expression and of opinion. “For that reason I do not resign myself to the decision and I will appeal it until the very last judicial instance,” he said.

The court’s latest decision was a unanimous one by three judges. It is another dramatic twist in a long-running saga that may not yet be over. The McCanns are likely to appeal against the latest judgment and take the matter to Portugal’s Supreme Court.

The McCanns began their action in 2009. It has been lurching on between lengthy delays ever since. The award of €500,000 plus interest was made last April. Madeleine’s parents had been hoping for €1.2 million in damages.