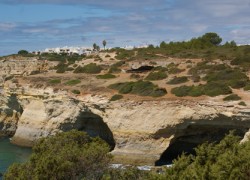 Hopes are being expressed that the most spectacular stretch of coastal habitat left unspoilt along Portugal’s southernmost shore can be turned into a nature reserve rather than being blighted by two more resort urbanisations.

The area lends itself perfectly to ecotourism through conservation, but local homeowners who advocate this are concerned it may be too late.

The coastal stretch in question lies between the fishing hamlet of Benagil and the iconic headland of Nossa Senhora da Rocha, all within the municipality of Lagoa in the Algarve.

It encompasses Praia da Marinha, considered by the Michelin Guide and other travel organisations to be one of the top ten beaches in Europe and among the most beautiful coastal settings in the world.

Scholars and naturalists have long recognised the area to be of special geological and archaeological importance as well as of significance in terms of flora and fauna.

But the planning approval for the two adjoining projects code-named UP11 and UP12 would mean the destruction of large tracts of natural habitat rich in biodiversity. This would be to within a few hundred metres of the shoreline, considerably less in parts than the normally legislated 500 metres, it seems.

The plans envisage hotels, luxury villas, apartments and a golf course. Despite being the biggest private development programme ever proposed in the Lagoa municipality’s history, little has been divulged publicly since the projects were first approved more than eight years ago.

A small group of residents in one of the most directly affected communities has recently learned that it could be years, perhaps decades, before sufficient funds are available to allow detailed infrastructure planning and construction to proceed.

Officially, however, it is thought to be only a matter of ‘when’ rather than ‘if’ construction goes ahead. The promoters are thought to be seeking investors overseas, most likely in China and the United States. 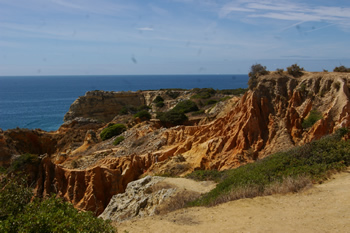 One of the project-approved sites, comprising 230 hectares, is currently being offered for sale at €115 million.

Concerned local residents say it should be of the utmost importance that a proper impartial environmental assessment be sought by the government before irreparable damage is done.

The projects were accepted by the relevant authorities in Lisbon and Faro, as well as Lagoa, in the belief that they would create jobs and be of considerable economic benefit. Although it has never been explicitly explained who would benefit, the projects could be expected to generate profits for investors, national or international construction companies and resort operators, as well as taxes for the local municipality.

An unsightly backdrop to this, however, is that Lagoa and other Algarve municipalities feature half-built, multi-storey blocks long abandoned and derelict. They have been eye-sores for years and look like remaining so for years to come due to the lack of sustainable guarantees for the planning and approval of project funding.

The group of homeowners suggesting that the area be turned into a nature reserve point to the ever-growing, sustainable profitability of ecotourism. It has proved so in many parts of the world in recent decades.

Ecotourism has the advantage of attracting increasing numbers of visitors all year round by appealing to other than just the sun and sand holiday crowds or winter golfers. It is more adept at providing incomes for local communities than foreign investors and would represent an overall more sustainable long-term investment for the area, allowing the natural beauty, historic heritage and eco-diversity of this unique area to be fully conserved.

Those contemplating such a nature reserve in Lagoa have no illusions it will be easy to establish. They realise too it may be a race against the time.

“Our research so far, however, indicates that the area may qualify for backing from the UNESCO World Heritage organisation, hence we are seeking help from experts in the field and supporters alike,” said a spokesperson for the group. 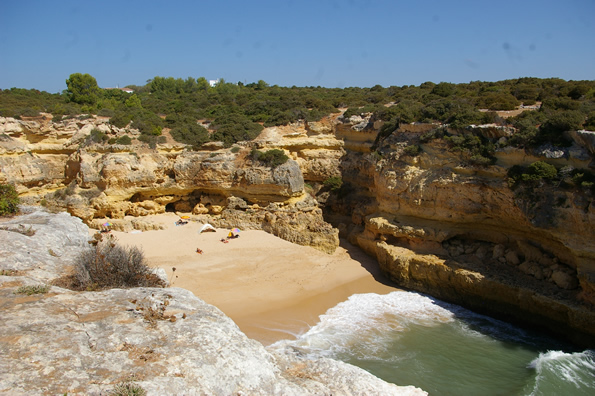 Praia da Marinha, considered by the Michelin Guide and other travel organisations to be one of the top ten beaches in Europe and among the most beautiful coastal settings in the world