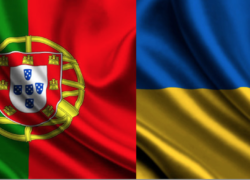 Portugal’s Council of Ministers has approved a resolution simplifying the entry process and protection requirements for Ukrainian refugees fleeing the impending war launched by Russia against Ukraine.

“We have a large Ukrainian community in Portugal which is perfectly integrated and installed. Many of the people who are coming to Portugal have family or friends already here who will give them support in the first phase,” Van Dunem said.

The approved simplified entry process includes a temporary measure, which will last for a year and may be extended for two six-month periods “if the war continues or another situation emerges that prevents people from safely returning to Ukraine.”

Portugal is also dropping the visa requirement and giving refugees the documentation required to look for work or access health services when they arrive in the country. Other measures allow refugees to obtain legal status in Portugal with immediate access to the taxpayer identification number, social security identification number and the National Health Service number.

Work opportunities are being made available for the war refugees with working skills nationals cannot fill. The Institute of Employment and Vocational Training (IEFP), which has mobilized a task force to match Ukrainian workers with the working vacancies available, has already registered over 17,000 job opportunities for war refugees, and will provide Portuguese language courses for Ukrainian arriving in Portugal.

According to the Minister of Labor, Solidarity and Social Security, Ana Mendes Godinho, “There is a huge diversity of desired professions,” with job offers placed are information technology, transport, drivers, catering and hospitality, social and civil construction, throughout the country.

In addition, the Association of Portuguese Municipalities met with the European High Commission for Migration to address other needs, including housing; while hospitals are open to take war refugees who need health care due to health conditions that require immediate attention.

Schools are also preparing to receive Ukrainian students “as soon as possible” and ready to offer Portuguese language teaching and social support.

The office of the Presidency of Portugal has launched the “Portugal for Ukraine” digital platform which aims to aggregate all “the responses and ongoing actions with a view to supporting displaced people from Ukraine, inside and outside Portugal.”

In the past two weeks, Russia launched a wide-ranging attack on Ukraine hitting cities and civilians with airstrikes and shelling. As a result, thousands of civilians piled into trains and cars to flee the unprovoked aggression, while Russian tanks and troops continued to roll across the border launching a “full-scale war” that could rewrite the geopolitical order of the region.

It has been estimated by the European Commission that 5 million Ukrainian refugees will be reaching the external borders of the European Union soon.

In a related development, Portuguese Defense Minister, João Gomes Cravinho, has said that 174 Portuguese soldiers will be deployed to Romania, a country on the border with Ukraine, at “end of March, beginning of April”.

The soldiers, “will be stationed in southern Romania and therefore are not immediately close to the border with Ukraine,”exercising, however, “a very important role in strengthening NATO’s deterrence capacity,” Cravinho said.

Portugal is one of the 30 nations which are part NATO, considered one of the most powerful military alliances in the world, which mission is to providing rapid defense response to its allies. Under Article V of its charter, the alliance treats an attack on any member nation as an attack on all.

Carlina Matos/PAJ/Editor/ This developing story will be updated

Ukraine: Nation under attack has full support of the Portuguese people – Portugal