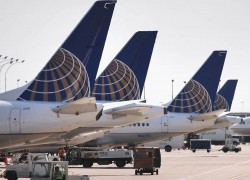 United Airlines has added Washington, DC, to its daily direct routes between Lisbon with connections to many other US capitals. The 8-hour daily flight will be carried out in a Boeing 757-200 with 169 seats.

United Airlines has been operating for many years the route between Lisbon Airport and New York, Newark. Currently United Airlines operates flights from Washington / Dulles to over 300 destinations.

Azores-based SATA Airlines has also strengthen air links between the Azores the United States and Canada with new weekly flights from to Boston and Toronto. A recent agreement between SATA and U.S. Airways has added new flight connections from Chicago and New York. In addition, SATA offers flight connections from San Francisco in partnership with Virgin America Airlines.

SATA also formed a partnership with Canadian Westjet, the second largest Canadian airline, to provide air services between the Canada and the Azores. Under the agreement, SATA offers flights through Toronto and Montreal with connecting flights from Winnipeg, Vancouver, Calgary or Ottawa.