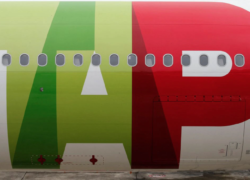 Due to the Covid’19 pandemic and staff shortages, TAP Air Portugal has cancelled thousands of flights in the past three years. As a result, the Portuguese national carrier currently owes refunds to hundreds of customers.

Passengers affected by flight cancellations have reported that they have been struggling to get in contact with TAP Air Portugal to get a full refund for their cancelled flights, while the air carrier has acknowledged that it has had a backlog on issuing refunds.

In the process, many TAP customers have been reporting on social media, and other media venues and that, after months of trying to contact the airline through phone calls, emails and other efforts, they  are still waiting for a full refund. Some were told they would get a full refund in next 30 to 90 days, but the refunds never arrived.

The situation has been repeated during the pandemic all over the world in the aviation sector, but according to recent data supplied by the U.S. Department of Transportation, the Portuguese flag carrier has had the most consumer complaints.

Also, under existing European Union rules, an airline must either offer a full refund or a credit for a canceled flight, no matter the reason for the cancellation. Yet, although TAP Air Portugal has failed to refund all its customers promptly, the Portuguese flag carrier is still considered by Airline Ratings to be the safest airline in Europe and the fifth safest in the world.

TAP Air Portugal, which has reported a hefty 1.6-billion-euro loss (USD $1.74 billion) during the Covid’19 crisis, has announced it hopes for a strong demand from the United States this summer.

The carrier will offer more than 1,230 flights per week on its network of destinations, which includes seven airports in Portugal, 10 in North America, 12 in Central and South America, 20 in Africa and the Middle East and 44 in Europe.

TAP Air Portugal, which is 72.5% controlled by the Portuguese state, is under a Brussels-approved rescue plan worth 3.2 billion euros and was forced to reduce its fleet size, cut more than 2,900 jobs and reduce wages. The company transported 5.83 million passengers last year, up 25% on 2020, but only 34% of the pre-pandemic level in 2019, Reuters reported.