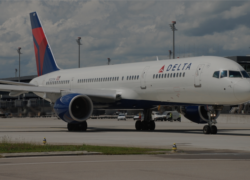 Accordingly, in total, Delta will offer 14 weekly flights between Portugal and the US this summer, offering 440 daily seats in the peak season months, including 50 daily seats on Delta One. This is a 22% increase in seats compared to the summer of 2019.

The year-round daily flights from New York-JFK/Lisbon will be operated on Boeing 767-300 aircraft and in partnership with Air France, KLM and Virgin Atlantic.

“Portugal is an important market for Delta and an increasingly popular destination for US tourists and beyond,” said Nicolas Ferri, Delta’s Vice President for Europe. Also, “Portuguese travelers are eager to visit the US for the first time in more than two years,” he added.

On May 27, 2022, Delta Air Lines celebrated five years since its return to Portugal with connections to terminals that connect to more than 50 cities in the USA.

“We salute Delta Air Lines for celebrating 5 years of operation in Portugal and for the return of its Boston-Lisbon route. This return takes place in a context of strong growth in air traffic between the USA and Portugal, highlighting the importance that the destination Portugal has been assuming in the American market,” said Francisco Pita, Chief Commercial Officer of ANA Airports.

In 2018, Delta Air Lines started serving the Azores with a flight from New York-JFK to Ponta Delgada. The service was canceled in 2020.

According to the Azores Tourism Association (ATA), United Airlines will offer 114 seasonal flights, to last throughout the summer, from 13 May to 3 June, to the end of September, with three weekly frequencies on Wednesdays, Fridays and Sundays, and daily flights from 4 June to 28 September, 2022.

The Azores are served by its own airline, SATA International/Azores Airlines, offering six direct flights a from Boston (Massachusetts) (Monday through Sunday except on Saturday), and two flights a week (Wednesday and Saturday) from Toronto, (Canada). The Boston/Ponta Delgada route operates in partnership with JetBlue, so that Azores Airlines customers may reach other destinations within the US.