The Week: Europe’s oldest alliance will remain after Brexit – By Len Port 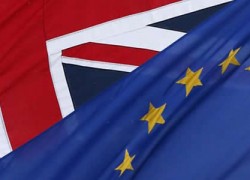 Portugal intends to do everything possible to ensure that the rights of the Portuguese citizens in the UK and of British nationals who live, visit or invest in Portugal are all guaranteed in the wake of Britain’s sensational decision to leave the European Union.

This reassurance came from Prime Minister António Costa following the shock result of Thursday’s referendum in the UK. While helping to steady individual fears, Prime Minister Costa also declared that “we have the oldest alliance in the world with the United Kingdom and it will carry on long after what will be the departure of the UK from the European Union.”

The Socialist prime minister spoke of the “inevitable turbulence” following the Brexit vote, but he sought to reassure financial markets by saying that Portugal’s fragile economic recovery will remain on track.

Britain’s decision to leave had sent a strong signal that the EU needs to reflect on becoming more relevant and useful to the lives of ordinary people, said Costa.

What is needed is not more Europe or less Europe, but a “better Europe” that, for example, produced prosperity and a single currency facilitating trade rather than lifting up some economies and penalising others.

Initially at least, the referendum result is expected to impact negatively on Portugal’s tourism industry and property markets, which rely heavily on British holidaymakers and home buyers. Of special concern was the sudden devaluation of the pound.

Football manager José Mourinho’s income provided a particularly graphic indication of the fall in the pound’s value on Friday. It was pointed out that Mourinho stands to loose €700,000 in the 10 million pounds a year contract he signed last month with Manchester United.

The unprecedented decision of 52% of British voters to leave the European Union shattered political convention and confounded not only the eve-of-referendum opinion pollsters, but even the betting markets. It has raised all sorts of uncertainties about what now happens in the UK and in the UK’s relations with the other 27 EU member states in the coming days, weeks and months.

Donald Tusk, president of the European Council, has said the other 27 members are keen to preserve their unity. Prime Minister David Cameron will have to explain Britain’s position to fellow heads of government attending next Tuesday’s European Council meeting. It is thought unlikely the UK can expect any concessions from the European Council, the body responsible for setting the EU’s policy agenda.

Within hours of the outcome of the referendum, David Cameron announced his decision to resign as prime minister by October despite a letter from around 80 pro-Brexit Conservative MPs insisting it was his ‘duty’ to stay on whatever the result.

The Brexit result has left the United Kingdom divided and in disarray. Most of England and Wales voted for Brexit, but majorities in London, Scotland and Northern Ireland voted to remain. A constitutional crisis is looming. A second referendum on independence for Scotland now seems inevitable. Cross-border cooperation between Northern Ireland and the Republic of Ireland may be jeopardised.

The presumptive US Republican presidential candidate Donald Trump gave the thumbs up to the Brexit vote on a visit to his Scottish golf courses on Friday. He echoed much of the rhetoric of the Brexit leaders.

“Come November, the American people will have the chance to re-declare their independence. Americans will have a chance to vote for trade, immigration and foreign policies that put our citizens first,” he said.

“They will have the chance to reject today’s rule by the global elite, and to embrace real change that delivers a government of, by and for the people.”