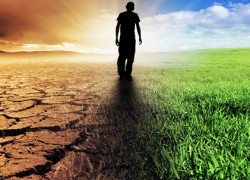 Portugal was among the 20 countries in the world most affected by global warming over the past 20 years, according to a Global Climate Risk Index report presented at the climate change conference in Paris.

“The Index indicates the level of exposure and vulnerability to extreme events that countries should understand as a warning to be prepared for more frequent and more severe events in the future,” says the report.

The 20-year index covering the period 1995 to 2014 is dominated by some of the least developed countries in the world.

Portugal appears in 19th place, third in Europe after Germany and alongside France. The UK, which was struck this week by devastating floods, is well down the list at 58.

The Index says there have been more than 15,000 extreme climatic events over the past 20 years resulting in 530,000 deaths, immense wastage in food production and financial losses exceeded 2.8 trillion euros.

The Rockefeller Foundation estimates that over the past 30 years, one dollar in every three spent in development was lost as a result of recurrent climate crises.

Behind the most obvious extreme events, such as floods, landslides, heatwaves and droughts, lurk melting glaciers, increases in ocean acidity and ominous rises in sea levels.

Sea levels along the shores of mainland Portugal have been rising annually over the past decade by more than four millimeters, twice as much as in the previous two decades, according to a report commissioned by the government and published last year.

Increases in average summer temperatures of 1°C to 2°C in the Azores, 2°C to 3°C in Madeira and up to 7°C on mainland Portugal have been predicted by climate specialists.

The aim expressed during the Paris conference is to keep average global increases to below 2°C. Feared average increases of 4°C could elevate sea levels to a height that would swamp almost every coastal town and resort in the Algarve, as well as the lower parts of Lisbon and two-thirds of the world’s other major cities.

At the start of the Paris conference, United Nations Secretary-General Ban Ki-Moon launched an initiative aimed at “anticipating the dangers, absorbing the impact and reshaping development” to avoid the risks of climate change facing 634 million people living in coastal areas and drought and flood zones.

It is expected that detailed agreements on this and other measures will be signed before the talks wrap up in Paris at the weekend.

Meanwhile, the authors of the Global Climate Risk Index acknowledge that individual extreme events (such as in Albufeira last month) cannot necessarily be attributed to climate change caused by humans.

Moreover, the authors recognize that their latest report is only one piece in the complex jigsaw of climate change statistics. The events recorded do not serve as a projection for future occurrences — but they are certainly an indication that should be taken very seriously.

The good news is that during a recent congress of the Portuguese Association of Renewable Enterprises, the state energy secretary, Jorge Seguro, emphasized the importance of investing in the renewable industry. He said that with the help of green energy investments Portugal had already reduced its fossil fuel dependence from 85% to 72%.

Between 2010 and 2013, Portugal saved €5.3 billion in imports of fossil fuels (gas, solid fuels and oil) thanks to renewables. The industry created 40,000 jobs and exported products worth €300 million.