Opinion: Interests of majority not being served – Portugal 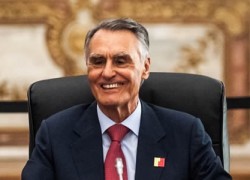 Amid the mass of coverage in the media in Portugal and abroad, about the only thing clear at the moment is that the interests of the majority of voters in this month’s general election are not being best served with the prospect of either a minority center-right government or a left-wing alliance of unlikely bedfellows.

Things may become clearer – or even more confused – when the incumbent minority seeks a vote of confidence in parliament in the next few days.

Unfortunately, the inconclusive election results did not spur the leaders of the two main parties to try and reach a reasonable compromise arrangement aimed at giving the majority of voters what they are fervently hoping for: stability and less austerity.

Having endured years of severe austerity, voters object to the on-going heavy burden, but they don’t want to throw away what their resilience has achieved since the bailout of 2011. 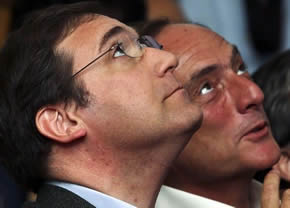 Coelho and Portas, the faces of the minority PaF coalition

Not an easy task for the leaders of the center-right PaF coalition, with their 38.6% of the vote, or the center-left Socialists, with their 32.3%, but surely they should be doing their very best to find enough common ground to ensure stability by easing austerity while upholding fiscal obligations and remaining on the cautiously optimistic road to recovery.

Democracy thrives on clashes of ideas, raging disputes and robust disagreements, mindful of what is best for national and international communities, but sometimes equanimity and determined cooperation is the best approach, especially in times of crisis.

After the October 4 election, Pedro Passos Coelho and António Costa, the leaders of Portugal’s two main parties, only managed two face-to-face meetings before giving up on the fundamental wishes of their combined total of 70.9% of voters.

The electorate be damned, the country now has a minority interim government that will struggle to survive months, never mind years, and risks being toppled by an unprecedented left-wing alliance that no one voted for.

The moderate Socialist Party has long denounced the severity of the austerity measures imposed by the ruling coalition, but it is in favor of Eurozone membership and abiding by the EU rules.

Only after the unsuccessful election did the Socialist leader shunt towards Portugal’s far left, homeland of “Syriza” sympathizers and hard-line opponents of Portugal’s membership of the Eurozone, the EU and NATO.

Portugal is not Greece. The attraction for Costa was the number of seats secured by the Left Bloc and the Communist Party, which respectively received 10.2% and 8.3% of the electoral vote.

If they and a smaller ‘nature’ party all back the Socialists, the broad left would have a combined total of 122 seats, 15 more than the center-right coalition in the 230-seat national assembly.

It remains to be seen if such an alliance can set aside traditional ideological differences and appease any rebels within the ranks in order to make it a pragmatic political grouping, if not a formally united power.

It also remains to be seen if a majority of the electorate want such an entity and any shared political program it can come up with.

Despite all the flapping over the past couple of weeks, Portugal is no stranger to minority or coalition governments. Since the return of democracy in 1974, both of the current main parties have run minority administrations. More to the point, the two main parties governed as a left and right centrist coalition in the 1980s.

Never before, however, have leftist parties ruled in coalition. They may soon unite to cripple the minority center-right, although that does not mean the far left will agree to join a Socialist-led government.

Meanwhile, a record number of registered voters (40.8%) did not participate in the October 4 election, largely because they are fed up with politics and distrustful of politicians of all parties. Sadly, you can see why.

And so the show goes on. If the convoluted events of the past couple of weeks were not so serious and potentially damaging, you’d think it had something to do with Halloween.