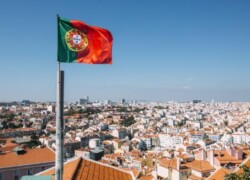 The Government of Portugal has announced additional terms and conditions for the “Programa Regressar” [Return Program], created to attract Portuguese expatriates to return home.

The incentives target mainly young professionals who emigrated before 2015. The expectation is that many emigrants will return to Portugal as entrepreneurs.

The new regulations are included in the document  ‘Medida de Apoio ao Regresso de Emigrantes’ [Measure to Support the Return of Emigrants to Portugal], introduced in January,  2021.

Applications must be submitted electronically, through the portal iefponline. The deadline for submission has been extended until March 1, 2024.

Be aware that the eligibility criteria may be revised in the near future. Updates will be made available at the Programa Regressar website.

The Programa Regressar was created in 2019, to meet the current needs for workers in some sectors of the Portuguese economy, to strengthen heritage ties, and to address the demographic aging of the country.

The program offers incentives to reduce the costs of returning, for the returnees and their families, including the cost of travel and transportation of personal belongings, as well as assistance in work placement.

Returnees will get a provisional 50% discount on the IRS, the national income tax, among other measures aimed at entrepreneurs of small and medium-sized companies, which allows for the creation of new businesses in national territory.

The program will also offer the recognition of academic or professional qualifications, vocational training, integration into the Portuguese labor market and other measures, such as specific credit lines for returnees who want to invest.

The Programa Regressar registered 659 requests in the first 6 months of 2020. Most of the returnees had left the country during the economic crisis of 2011/2015.

Other incentives include the allocation of a 7% share of university placements reserved for Portuguese emigrants and their descendants who wish to enroll in Portuguese universities.

Currently, the access to higher education in Portugal has a quota of 3,500 placements available for Portuguese heritage students.

Although the number of Portuguese heritage students competing for higher education in Portugal has gone from about a hundred in 2014 to over 250 in 2017, the admissions are well below the 3,500 placements available.