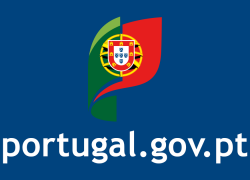 Portuguese nationals, who emigrated and wish to return to Portugal, will be able to join the “Programa Regressar” [Return Program] aimed to support their repatriation, including their descents.

Approved by the Council of Ministers, the resolution was issued by the office of Prime Minister António Costa, and published in Diário da República, the official government newsletter.

The goal is to “meet the current needs for workers in some sectors of the Portuguese economy,” strengthen ties with their heritage and address demographic aging, the publication stated.

A structure was created in coordination with all governmental areas, to support the program with incentives to reduce the costs of returning for emigrant workers and their families, including in the cost of travel and transportation of personal belongings, as well as assistance in work placement.

Returning emigrants will also get a provisional 50% discount on the IRS, the national income tax, among other measures.

The program will offer vocational training and integration into the Portuguese labor market and establishes other measures, such as specific credit lines for returnees who want to invest.

“Portugal has approved a credit line for Portuguese emigrants aiming to invest in the country on their return,” Minister of Foreign Affairs Augusto Santos Silva said.

He added that the expectation is that many emigrants will return to Portugal as entrepreneurs and that the country is confident in the success of the program.

Santos Silva exemplified the success of the program by referring to the recent credit line, worth €50 million, created for Portuguese emigrants and their descendants in Venezuela.

In a different development, Portugal’s President has promulgated a bill that simplifies the access to residency permits for undocumented immigrants who have been paying taxes for 12 months.

The law, which amends the previous law, now makes it easier for tax-paying undocumented foreigners to regularize their permanent residency in Portugal.

The measure replaces a law that only allowed residency to immigrants who had entered the country legally and waives the need for a temporary residency permit.