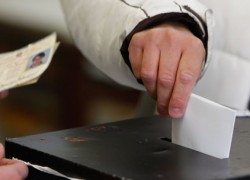 It’s shaping up to be the closest contest in Portugal’s post-revolution democracy, but such is the level of apathy, angst and anger over politics that a record number of eligible voters may not bother to cast their ballot on Sunday. Those who do vote may end up concocting a parliamentary configuration that will make governing this country much more complicated than it has been for years.

Enthusiasm for voting has been in decline since 1974. People exercise political power through periodic legislative elections in which all citizens over the age of eighteen have the right to vote under conditions of equality and freedom. Sounds good, but the abstention levels have increased dramatically.

Democracy of a limited kind first arrived in Portugal on 5 October 1910 with the overthrow of the constitutional monarchy and the establishment of the First Republic. Dubbed by some as the ‘Nightmare Republic,’ it lasted for just 16 years during which time the voting system prior to universal suffrage put into power no fewer than 45 governments.

Rampant economic ineptness and political corruption between 1910 and 1926 created turmoil and ushered in almost half a century of dictatorship. Since the revolution of 1974 there have been a relatively modest 14 freely elected governments.

Public disenchantment and distrust of politicians in the era of harsh austerity is widespread and deep in Portugal and so another low turnout seems inevitable. 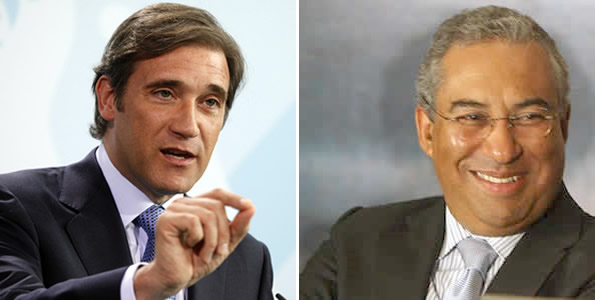 To add to the turnout concerns, top football teams will set a precedent by playing premier league matches on Sunday.

Portugal’s election commission (CNE) could do no more than express “concern” over the likely number of lost votes because of matches involving Benfica, FC Porto and Sporting. Although the CNE always asks that big games not be held on election days, no legal ban can be imposed.

The results of the football games are easier to predict than the outcome of the 2015 election. If the pollsters are to be believed, the center-right PSD-CDS coalition and the center-left Socialist party could each win about 100 seats in the 230-seat parliament, leaving both sides well short of a majority.

The conservative coalition have been running the show for the past four years, the first freely elected coalition government in Portugal to survive a full term in office. The center-left are hoping to re-establish the ruling status they enjoyed between 2009 and 2011, but they have been slipping somewhat in the most recent opinion polls.

Daily tracking by pollsters show the Communists to be steady on 10% and the Left Wing Bloc (Bloco de Esquerda) on 5%, meaning that despite the deeply unpopular austerity measures imposed by the coalition alliance there is no great appetite in Portugal for radical protest parties like “Syriza” in Greece or “Podemos” in Spain.

With no outright winner in prospect, one possible outcome is a weak minority government that will struggle to survive. Instability that could force another election within a year or two. Such a scenario, say analysts, could undermine Portugal’s reform efforts and delay its recovery from the debt crisis.

Although none of the parties are advocating it, an alternative to a minority government would be a grand coalition. It has happened before. The Socialists ruled in coalition with the PSD and the Christian Democrats in the 1980s.

Never have the Socialists shared power with the Communists and doing so now is hard to imagine. For one thing, although the Socialists have promised to ease some austerity measures, unlike the far left they share the incumbent coalition’s intention to abide by the fiscal discipline required by being a member of the 19-nation eurozone.

So it’s all up in the air; speaking of which, if you are looking for an omen, good or bad, the forecast for most of Portugal for the rest of the week is sunshine. On Sunday and Monday rain is expected. Of course, weather forecasts can turn out to be wrong. And so can polls.