Joana: General election ‘hots up’ as candidate reveals all – Portugal 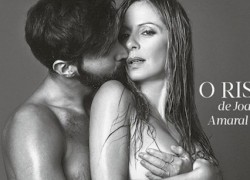 Gone is the perception that all politicians are shady. Well, at least one isn’t. With just over three weeks to go before Portugal’s general election, the left-wing Lisbon candidate Joana Amaral Dias has emphasized her belief in transparency.

But why would she choose to appear on the cover of a glossy magazine in the nude?

“Why not?” was her succinct reply.

Stripped naked but with her dignity deftly intact, the photo shows that Joana is expecting another child and that her eyes are firmly fixed on the large number of still undecided voters.

The 40-year-old was making something of a statement about systematic corruption and the opaque power of the elite. She advocates “a clear and faithful relationship with voters.”

Far from being just another pin-up gal, Joana is the daughter of a psychiatrist and with a Ph.D. degree of her own she practices, teaches and conducts research as a clinical psychologist. She is a prolific author of scholarly as well as newspaper articles, and has published a biographical and psychological treatise on historical figures in Portugal.

As an independent politician and the mother of a young son, she served as a member of parliament between 2002 and 2005. Her latest pregnancy may limit her activities on the campaign trail, but these days there are alternatives to rushing from soap box to soap box.

When the now famous photo of Joana in the arms of her boyfriend was reproduced on her Facebook page, it attracted thousands of ‘likes’ and elicited praise for her courage and candor. 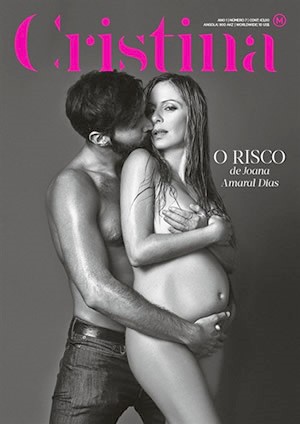 Such an unprecedented initiative is unlikely to be replicated by Finance Minister Maria Luís Albuquerque whom Joana accuses along with Prime Minister Pedro Passos Coelho of lying through “as many teeth as they have in their mouths” over the bank scandals.

The grey-suited brigades from the centrist Social Democrats or Socialists are fronting up to each other with no sign among the electorate of any clear party preference. Apathy is such that a large number of people are undecided which way to vote – or whether to vote at all.

Joana’s bold stance has chivvied things up in Portugal but it might not work in other countries. Germans would undoubtedly prefer Angela Merkel to remain fully clothed. In Britain, the only last-minute hope of preventing Jeremy Corbyn from securing the Labor Party leadership may have been for Yvette Cooper or Liz Kendall to disrobe, though this might have sparked a mass defection to the Tories.

If Hillary Clinton were to pose in the altogether it might arouse memories of her husband’s non-political activities in the White House.

For now, Joana Amaral Dias’s impressive credentials remain unrivalled, but the bare fact is that we shall have to wait until 4 October before we know if she will need to take maternity leave from parliament.