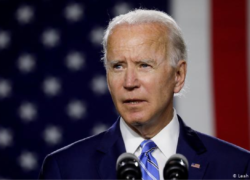 The President of the United States, Joe Biden, joined the celebrations of the Day of Portugal, June 1oth, by congratulating the Portuguese people in a letter addressed to Marcelo Rebelo de Sousa, President of Portugal.

In the letter, President Biden wrote, “On behalf of the United States of America, I congratulate you and the people of Portugal on the celebration of the Day of Portugal, Camões and Portuguese Communities on June 10,” begins the message signed by Joe Biden.

“Across America, more than a million proud Portuguese Americans celebrate their heritage and the shared history that brings our two peoples together,” said Biden.

The US President continued his message by expressing a desire to expand “close cooperation with Portugal, as NATO allies or long-term political and economic partners,” and praised Portugal’s efforts to strengthen US-EU relations during its presidency of the European Union Council.

“Together, our countries will strive to build a safer and more prosperous world,” President Biden concluded.

The letter was posted online on the official page the Portuguese Presidency.

Currently President Joe Biden is on an official visit to Europe where he will join the G7 Summit, starting June 10, in the United Kingdom.

The goal, according to National Security Adviser Jake Sullivan, is to restore the confidence of the European allied democracies

“This trip, in essence, will advance the fundamental thrust of Joe Biden’s foreign policy: stimulating the world’s democracies to meet the great challenges of our time,” Sullivan said.

The National Security Adviser also said the United States wants the world to speak with one voice against countries, “including Russia,” that harbor cybercriminals or allow them to operate from their territory.

The eight-day agenda includes the first summit between the United States of America and European countries since 2014, and will address hot topics such as trade tariffs imposed by former President Donald Trump.

President Biden will also have the opportunity to meet in person with Russian President Vladimir Putin when the two leaders meet at the end of their visit in Geneva, after meeting Turkish President Recep Tayyip Erdogan.

On January 1st, 2021, led by Portuguese Prime Minister Antonio Costa, Portugal officially took over the Presidency of the European Council from Germany. This is the fourth time Portugal presides over the rotating six-month EU Council, since it joined the European Economic Community in 1986.