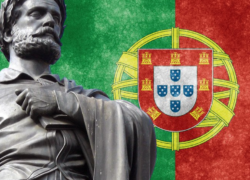 The H.Res 459 resolution, co-sponsored by Congressman David Valadao (R-CA), celebrates the historic, cultural, and significant contributions Portuguese Americans have made to the United States, 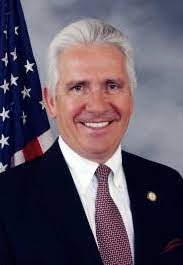 “I’m honored to introduce this legislation that recognizes the significant contributions of the Portuguese Community to our society. Portuguese Americans have helped shape American culture and economic growth and I’m proud of their influence on our country. As the grandson of Portuguese immigrants, I know firsthand of the dedication to family, hard work and commitment to tradition that they hold so dear – values that we all share as Americans,” said Rep. Jim Costa. 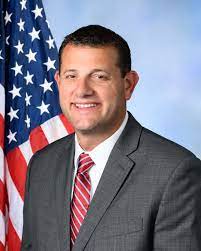 For Congressman David Valadao, “As a Portuguese American, I am incredibly honored to be a member of a community that has contributed so much to the United States. The story of my family’s emigration from the Azores Islands of Portugal is truly one of the American Dream, and the over one million Portuguese Americans across the nation share a unique heritage rooted in community, perseverance, and pride. I am pleased to celebrate this heritage alongside my colleagues in the House of Representatives,” he said.

For many years, the Portuguese American community has been celebrating June as the “Month of Portugal” with many celebrations taking place across the country, coast to coast, in at least 12 states. From New England to California and Hawaii, the celebrations feature cultural, artistic, and popular events.

Although officially observed only in Portugal, as a national holiday, Portuguese resident nationals and Portuguese expatriates throughout the world celebrate Day of Portugal as a time to display their national pride and cultural heritage.

While Camões has been compared to Shakespeare, Vondel, Homer, Virgil and Dante, his epic poem is considered one the most important works in the Portuguese language and a most relevant world literature reference.

It is estimated that over 5 million Portuguese nationals live abroad, about 1.4 million living in the United States, with a large percentage from the Azores. Presently, there are sizable Portuguese American communities in Massachusetts, Rhode Island, New Jersey, Florida, Louisiana, Nevada, California, and Hawaii. The largest Portuguese American community,  of about 350,000, live in California. The total resident population of Portugal is estimated at about 10,260,000.

For information on June Month of Portugal celebrations in your area check your local calendar of events.