Allegations persist that the Vatican is continuing to cover up the truth about the ‘third secret’ said to have been disclosed by the Virgin Mary exclusively to three Portuguese children on 13th July 1917.

Ongoing reports of papal obfuscation and lies did not deter big numbers of pilgrims gathering at the Shrine of Fátima near Leiria on the 99th anniversary of the secret visions. The pilgrims came from many countries, including such places as China, Indonesia and Costa Rica, as well as Italy, Ireland, the UK and the US.

Recently, however, Pope Emeritus Benedict XVI felt moved to issue a formal denial of any wrong-doing over the third secret controversy.

The generally accepted belief is that apparitions of the Virgin Mary, popularly known as Our Lady of Fátima, were witnessed on the 13th of each month between May and October 1917.

The Vatican has described the apparitions as “undoubtedly the most prophetic of modern times”.

The main visionary, 10-year-old Lúcia Santos, became a cloistered nun and in 1941 wrote accounts of the secrets. The first two emphasised the horrors of hell, the threat of more world war, and the danger to humanity of Russia replacing Christianity with communist totalitarianism.

Sister Lúcia delayed writing about the third secret until ordered to do so by her local bishop. Her one-page letter dated January 1944 was kept by the bishop of Leiria in a sealed envelope until it was conveyed to the Vatican in 1957 for safe keeping in the Secret Archives of the Holy Office.

Critics claim that successive popes “suppressed” the information until the year 2000 when John Paul II deemed that its publication was appropriate. His secretary of state, Cardinal Angelo Sodano, declared that the third secret was the Virgin Mary’s prophesy of the attempted assassination of John Paul on 13th May 1981.

The announcement was received by many Catholics with incredulity. An “interpretation” by another of John Paul’s top officials, Cardinal Joseph Ratzinger, only added to the international outcry. Traditionalist Catholics denounced it as part of the “heresy” that had infiltrated the papacy since the modernising Second Vatican Council in the 1960s.

Many Catholics have long believed that the third secret predicted a satanic takeover of the Catholic faith and that each pope since the Second Vatican Council has been the Antichrist.

Ratzinger succeeded John Paul as Benedict XVI but resigned, the first pope to do so in almost 600 years, in the midst of scandals over alleged corruption within the Vatican and widespread sex abuse perpetrated by priests.

The third secret cover-up allegations resurfaced as this year’s celebrations were getting underway at Fátima in mid-May.

A former German priest and professor of theology, Ingo Dollinger, was quoted as saying that his long-time friend Cardinal Ratzinger had confided that what the Vatican had published about the third secret was not complete.

According to Dollinger, Ratzinger told him that the published part of the third secret was authentic, but that the unpublished part referred to “a bad council and a bad Mass that was to come in the near future.”

Dollinger had said much the same thing about Ratzinger before. He was quoted nine years ago as saying his conversation with Ratzinger had been “burning in his mind.”

This all tallies with apocalyptic “crisis of faith” warnings that have been rife among traditionalist Catholics for decades.

As pope emeritus in the shadow of the present Pope Francis, Benedict has remained largely silent on all matters, but he obviously felt he must speak out about the latest Dollinger allegation.

A statement from the press office of the Holy See read: “Several articles have appeared recently, including declarations attributed to Professor Ingo Dollinger according to which Cardinal Ratzinger, after the publication of the third secret of Fatima (which took place in June 2000), had confided to him that the publication was not complete.

“In this regard, Pope Emeritus Benedict XVI declares ‘never to have spoken with Professor Dollinger about Fátima’, clearly affirming that the remarks attributed to Professor Dollinger on the matter ‘are pure inventions, absolutely untrue’, and he confirms decisively that ‘the publication of the third secret of Fátima is complete’.”

The only thing that is really clear about this issue is that someone is not telling the truth.

Of course, exposing the truth can get people into trouble. A Vatican court last week convicted a priest and a public relations executive for their involvement in leaking secret documents to two journalists. The priest has been jailed.

The leaked documents allowed journalists to expose the workings of a Vatican commission set up in 2013 to advise Pope Francis on reforming the deeply flawed Roman Curia, the Vatican’s civil service that Francis once called “the leprosy of the papacy.”

Unfortunately, the leaks did not shed any further light on the third secret of Fátima. 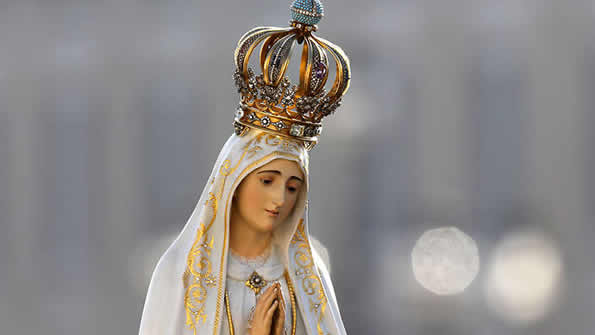