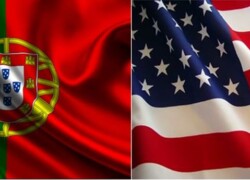 According to The New York Times, some European-Americans, including Portuguese Americans, are to be designated as non-white.

The non-white label appeared in an article titled Faces of Power, listing the 922 most powerful elite in the United States.

The list includes dozens of “non-white” faces, from political figures, entrepreneurs,  to leaders of the political factions, as examples of racial diversity,

Of these, 180 are black, Hispanic, Asian, Native American, multiracial or colored citizens, including a few Portuguese Americans. Republican senators Ted Cruz and Marco Rubio are listed as ‘Hispanic’ as for non-white. Congressman John Garamendi, who is of Spanish Basque origin, is also listed as non-white.

Accordingly, Rep. Devin Nunes (R-CA), a 3rd generation Portuguese American, together with Rep. Jim Costa (D-CA), both Portuguese descendants, elected by the state of California, are examples of non-white Europeans, as is Rep. Lori Loureiro Trahan (D-MA), from Massachusetts.

Commenting on the racial labeling, University of Chicago sociology professor Rene D. Flores tweeted, “In their analysis of the most powerful people in the U.S. today, the paper classifies Europeans from the Iberian Peninsula like Spaniards and Portuguese as non-white.”

The sociologist points out the inclusion of Pablo Isla, the Spanish CEO and chairman of the Inditex group, which includes the world’s largest clothing retailer Zara, as a Hispanic American. Isla is a Spanish citizen born and educated in Madrid, and Inditex is a Spanish corporation.

“The rule they seem to follow is to classify everyone with a nickname that sounds Hispanic as non-white, regardless of their birthplace. This would explain why Pablo Isla, the former director of Inditex, born in Madrid, is classified as non-white,” professor Flores commented.

Professor Flores concluded, “It’s a good example of how the boundaries of white, as well as other racial categories, change with time and place and are shaped by political and social factors.”

According to the newspaper, 431 people are responsible for drafting laws in the United States Congress: 112 are Asians, Blacks, Hispanics, Native Americans or people of color, making it the most diverse group of representatives ever.

Cook added, “Again, there are no plans to count Portuguese Americans as Hispanic in 2020. The Census Bureau follows the Office of Management and Budget (OMB) definition of Hispanic origin: A person of Mexican, Puerto Rican, Cuban, Central or South American or other Spanish culture or origin, regardless of race.”

A survey conducted online, in 2013, by the Washington based Portuguese American Leadership Council of the United States (PALCUS), has shown that Americans of Portuguese descent reject being classified as Hispanic.