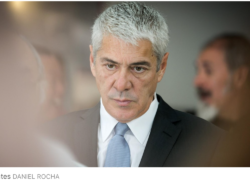 Judge Ivo Rosa has ruled on Friday against former Portugal’s prime minister, José Sócrates, on a trial involving 189 crimes of corruption. According to the rule, most charges were dismissed. Only 17 charges will go on to court.

The 17 charges include money laundering and falsifying documents. The crimes also involve 28 co-defendants, of which only five will stand trial. The decision was a blow to prosecutors and sparked an uproar in the country.

The crimes were allegedly committed by Sócrates and other co-defendants, when Sócrates was the leader of the Socialist Party (PS), and served as prime minister elected from 2005 to 2011.

Prosecutors accused him of pocketing 34 million euros (US$40 million) from three companies while he was in power. The charges include passive corruption, tax fraud and other financial crimes involving co-defendant Ricardo Salgado, the former head of collapsed Banco Espirito Santo (BES) and Portugal Telecom. Salgado has denied all wrongdoing.

Following his pronouncement, judge Rosa proceeded to dismiss the tax fraud charges against the defendant. He ruled that Sócrates will be tried only on three counts of money laundering.

On his pronouncement, judge Rosa considered the dismissed accusations to be weak, inconsistent or lacking sufficient evidence, and that the statute of limitations had run out on more than a dozen allegations.

Judge Rosa claimed the prosecutors’ arguments were based on speculation and fantasy. The former prime minister has maintained his innocence, labelling the investigation politically motivated.

“All the prosecution’s big lies have fallen apart,” he said as he left the court in Lisbon.

The charges reportedly run to some 5,000 pages. Both prosecutors and Sócrates can appeal Friday’s ruling.

Sócrates, 63, was arrested at Lisbon’s airport in November 2014, following a long corruption investigation, and formally charged with 31 crimes on the codenamed Operation Marquis [Operação Marquês].

Portugal is notorious for its slow justice system and infamous for widespread corruption at all levels of the public and private sectors. The country lacks a legal system equipped with the legal tools to combat and regulate corruption and, although it is common knowledge that corruption exists, there is no will change the status quo.

Of the 189 crimes included in the prosecution of Operation Marquis [Operação Marquês], only 17 will go on trial, distributed among five of the 28 defendants, according to the judicial decision by judge Ivo Rosa on Friday. Of the 28 defendants, including 19 individuals and nine companies,  besides former Prime Minister José Sócrates, the criminal investigation involves former friend and businessman Carlos Santos Silva, former Minister Armando Vara, the banker Ricardo Salgado, all for economic and financial crimes. His former driver, João Perna, was also arraigned for carrying an illegal weapon. At issue, there are 1.72 million euros in funds delivered to Sócrates, who, according to the judicial decision of yesterday, does not constitute a crime of corruption, but crimes of money laundering. In addition to money laundering, Sócrates and Santos Silva are charged with three crimes of forgery of documents. Prosecutor Rosário Teixeira announced that he is going to appeal the decision.