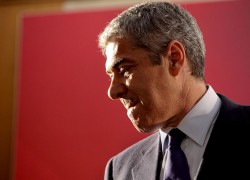 Sócrates, 57, a socialist career politician, was arrested at Lisbon airport on arrival from Paris, France.

Three additional suspects were also detained and appeared in court on Friday, following a string of police raids involving more than 60 individuals.

Sócrates was to appear before a judge on Saturday to address the charges, Portugal’s Attorney-General’s office said.

This is the third major scandal in Portugal in four months, after the collapse of Banco Espirito Santo (BES), the country’s largest listed bank, and the recent arrest of former Minister of Interior, Miguel Macedo, amid a corruption scandal involving 11 high-ranking government officials.

Sócrates, who was Portugal’s prime minister from 2005 to 2011, resigned after a package of austerity measures was rejected by the Social Democratic and Communist opposition parties.

The measures were intended to avoid a multi-billion dollar international bailout largely due to overspending and high government debt.

Two weeks after his resignation, Portugal was forced to request a €78 billion ($96.6 billion) bailout from the European Bank, the European Union and the International Monetary Fund.

A civil engineer by training, during his tenure as prime minister Sócrates was involved in several controversies including the authenticity of his university degree. After resigning from government, Sócrates moved to Paris where he worked as an international business consultant.

José Sócrates had served as an environment minister before leading the socialists to their first majority in parliament in 2005, one year after he was elected leader of the Socialist party. He was re-elected prime minister in 2009.