Gallup: Portuguese government one of the most corrupt – Portugal 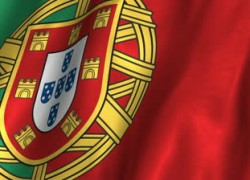 In its latest international poll, Gallup has ranked the Portuguese government as one of the most corrupt in the world, based on the perceptions of the Portuguese people.

Of the 129 countries surveyed, Portugal is up there with the worst, though not quite as bad as the Czech Republic where 94% of respondents think corruption is widespread in their government, followed by Lithuania with 90%.

The results of the survey conducted last year, but only released a few days ago, show fully 88% of Portuguese think corruption is widespread in the country.

According to Gallup, corruption is regarded as being pervasive right around the globe, in countries with a free press – “an indicator of good governance and development” – as well as those where media freedom is limited or non-existent.

Among countries with a free press, the ‘bottom 10’ best in the corruption chart are mostly European. Although the US does not make the ‘top 10’ list, it is not far from the top. Seventy-three percent of Americans say corruption is pervasive in their government.

The new figures are further embarrassment at a time when corruption is said to be at the root of the current spat between Portugal and its former colony, oil-rich Angola – also reckoned to be among the world’s most corrupt nations.

It is perhaps not surprising that a free press does not necessarily inspire freedom from corruption. In Portugal, 41% of respondents believe the media itself is corrupt. So says Transparency International, which released its latest survey figures a few months ago.

Transparency International reported in its 2013 Global Corruption Barometer that the Portuguese police are rated slightly better than the press, but the business community is worse and the judiciary far worse. 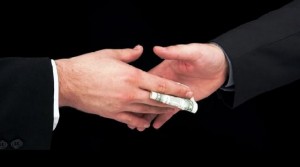 Needless-to-say, very few members of the public who contribute to these surveys admit to being corrupt themselves. Only 2% of Transparency International’s Portuguese respondents owned up to bribing anyone during the previous 12 months.

No questions were asked about the ‘underground economy’ which is said to involve a good chunk of Portugal’s population and a fifth of the nation’s GBP.

Leaving aside the possibility of prejudiced opinions and error, what is being done about all this shocking state of affairs? Not a lot apparently.

After noting at the end of its latest research report that things do not seem to have got any better over the past several years, Gallup concluded rather wearily: “Improving these perceptions is likely to be a long-term task….”