Crime: Can the media help find Madeleine? – By Len Port 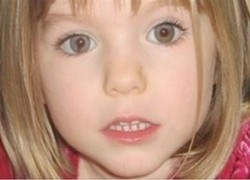 The media hype that has surrounded the Madeleine McCann mystery for the past six years has been unleashed with renewed vigor by none other than Scotland Yard.

On announcing that their ‘Operation Grange’ review of the case had been elevated to a full-scale inquiry in July, Scotland Yard asked for “media restraint” in the coming weeks and months as it began what was interpreted as the last chance to find out what happened to Madeleine.

So much for ‘restraint’ on the part of either the media or Scotland Yard. The media have just been treated to a string of statements that has left readers and listeners intrigued and hungry for more. The Scotland Yard PR machine is obviously working well.

All of the major British news outlets have reported that Scotland Yard has an important ‘new theory’. It is to be unveiled in a BBC Crimewatch appeal featuring what they call “a reconstruction of Madeleine’s disappearance.”

Matthew Amroliwala, Kristy Young and Martin Bayfield are the three presenters of the BBC Crimewatch show airing on October 14.

What form the reconstruction will take remains to be seen but it will come amid the irony that Madeleine’s parents and their holidaying friends refused to take part in a reconstruction at the behest of the Portuguese police all those years ago.

On top of the ‘new theory’, Scotland Yard has announced it believes that “a vast database of mobile phone traffic” in Praia da Luz around the time Madeleine went missing “could hold the key” to solving the mystery of her disappearance.

Detectives admit it will be like “finding a needle in a haystack” because the phone log involves searching the phone and perhaps criminal records of thousands of people scattered over 31 countries.

Intriguingly, Detective Chief Inspector Andy Redwood is quoted as saying of the mobile search: “We are doing it the hard way quite frankly. This is not just a general trawl; this is a targeted attack in relation to that database to see if it assists us in finding out what happened to Madeleine McCann at that time.

“A lot of the focus is not necessarily to find a suspect, but also witnesses. We’re trying to understand who was there for a range of reasons. If you were in Praia da Luz at the time, you may get a routine phone call from the police.”

The reason for the joint announcement and the precise connection between looking for the ‘needle in the haystack’ and the important ‘new theory’ is unclear. Indeed, it all sounds a bit strange and maybe even a bit desperate, but it has provided good copy for the media while unintentionally handing out fodder to the anti-McCann internet nasties.

Metropolitan Police Assistant Commissioner Mark Rowley was captivating in his choice of words in referring to the ‘new theory.’

“There is new information not previously presented. Fresh, substantive material upon which to make an appeal. It’s substantially different. It’s not just a bland ‘can you help us’ appeal; there is some different material and a different understanding to be presented.” 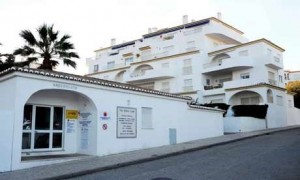 Apartment 5A, where Madeleine was sleeping, is situated on the ground floor of a 5-storey apartment block, just outside the perimeter wall of the Mark Warner Ocean Club Complex. It is located on a street corner and is easily visible from a number of different viewpoints.

To add to the mix, it is said that Kate and Gerry McCann will be in the studio and, for the first time, will appear alongside detectives in the Crimewatch program to be broadcast on October 14. They are said to be very grateful to Scotland Yard for the work they are doing in close liaison with the Portuguese police.

Perhaps the timing is coincidental, but all this suspense rather overshadows the McCanns vs Amaral libel action, which is still in progress in Lisbon and only due to be concluded on November 5.