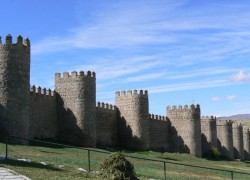 Portugal’s nearest Arab neighbor, Morocco, is increasingly feeling repercussions from the crises in North Africa, as are Portugal’s EU partners along the shores of the Mediterranean.

Morocco is a predominantly Sunni Muslim country, the same as Syria, but like many other Sunni states it has little sympathy for the regime of Bashar al-Assad, which is led by Shia Muslims. Nor has it much time for Assad’s neighbor and close ally, Iran, with which it has fallen out badly, accusing Iran of trying to promote Shia Islam in Morocco.

Portugal and Mauritania, immediately to the south of Morocco, are currently joint presidents of Dialogue 5 + 5, a forum on security and economic matters. The other member states are Morocco, Algeria, Libya, and Tunisia (all predominantly Sunni), plus Spain, France, Italy and Malta.

The foreign ministers of Dialogue 5 + 5 met in April. The next high-level meeting is next month in Barcelona. It is scheduled to focus on business co-operation, but no doubt there will also be discussions about the regional consequences of the Syrian crisis.

The most pressing threat for the European members is an invasion of refugees from Syria and the Maghreb countries situated on Europe’s southern doorstep. The Spanish port of Melilla on the north coast of Morocco, adjacent to Malaga, is one of the hot spots for entry into Europe by tens of thousands of Muslim migrants and asylum-seekers.

Many of these desperate people have left their own countries for economic reasons. Many others are fleeing from the turmoil at home and are trying to get a foothold in Europe, even in Greece where they are increasingly unwelcome because of the dire economic crisis there.

While a US punitive strike against the use of chemical weapons in Syria is now “on hold,” there is no lull in the fighting and no end in sight to the civil war. The Portuguese government must be aware that worsening hostilities in Syria could ignite a regional conflagration that could spiral the already massive refugee problem beyond control.

The spread of terrorism presents another deeply troubling threat. The Al-Qaeda organization, most commonly associated with Afghanistan, was officially launched in the Islamic Maghreb in 2007. It now exists and is thought to be on the rise, not so much as a central organization but as disparate splinter groups, in a number of North African countries, including Morocco, Algeria and Tunisia.

It is believed that among the many foreign al-Qaeda inspired groups currently fighting on the side of the rebels in Syria is one announced just last month by a long-time Moroccan jihadist and former detainee of Guantanamo Bay, Brahim Benchekroun. He has been using Facebook, Twitter and YouTube to attract Moroccan recruits to the cause.

“We consider democracy to be kufr (blasphemy) against God Almighty and a doctrine that is in contradiction to God’s sharia,” is one of their mantras.

Other Moroccans were already fighting in Syria under the banners of rival jihadist groups before Benchekroun came on the scene, according to Abdellah Rami, a Moroccan researcher specializing in Islamic organizations.

The latest group is not just about recruiting fighters for jihad in Syria, says Rami. Benchekroun’s real goal is to build a Moroccan jihadist organization that will also turn its attention to the home country.

Dr. Cherkaoui Roudani, a Moroccan legislator and geopolitical expert, agrees that the target of the new pro al-Qaeda group of Moroccans is Morocco itself.

Could Spain and Portugal be somewhere down the line in the jihadists’ ambitious sights? The idea was espoused by Osama bin Laden and other leading jihadists. The Muslim Brotherhood in Egypt is among those who have long dreamed of reclaiming the far-flung medieval Muslim empire that expanded early in the 8th century to include much of Spain and Portugal.

Concerns about al-Qaeda activity in the Iberian Peninsula have been growing in recent years. Three months ago Spanish security forces broke up a network that was sending combatants to terrorists groups in Syria linked to al-Qaeda. They arrested eight suspects in the Spanish enclave of Ceuta in Morocco. Spain’s interior minister said the network had been involved in fundraising and indoctrination activities, as well as arranging and financing travel for dozens of jihadists to Syria.