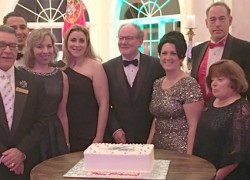 The Portuguese American Leadership Council of the United States (PALCUS) which has been the prominent national advocacy organization for Portuguese-Americans in the United States for twenty five years (25) celebrated its 20th Annual Leadership Awards Gala in Bealton, Virginia at the Morais Vineyards and Winery. The landmark event had both style and substance.

Morais vineyard is a beautiful venue about an hour south-west of Washington, D.C. and provide picture perfect setting and Gala attendees, many travelling across the country, came prepared in tuxedos and smashing evening gowns. There is an elegant tasting room on the property as well as a small chapel for weddings. 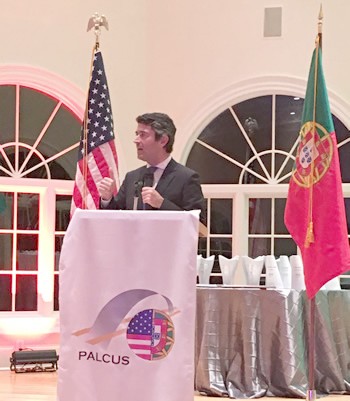 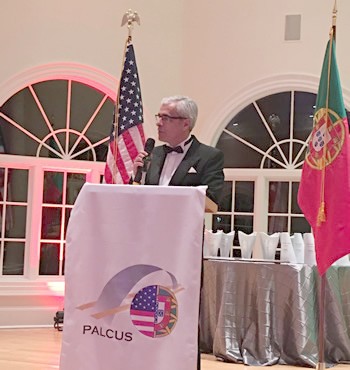 Ambassador of Portugal to U.S., Domingos Fezas Vital, expressed heartfelt appreciation of the contributions of the Portuguese American Community and the historic ties between Portugal and US.

The program handout contained valuable information about the impressive contributions made by the awardees.

DJ Carlos Da Fonseca provided the music for entertainment and dancing for this memorable event.

In support of its mission – to create a singular voice to advocate for the Portuguese-American and Luso-American Communities – PALCUS conducts a wide range of activities and research on issues of interest to the community. For this purpose, PALCUS maintains an “increasingly active government relations efforts, the promotion of a greater awareness of ethnic accomplishments” and encourages stronger ties between Portugal and the United States.

According to the handout distributed, “to date, PALCUS has placed more than 140 young Portuguese- American university students from around the United States in positions in the Senate and Congressional offices, the U.S. Embassy in Lisbon, Portuguese Consulates in the U.S., Fortune 500 companies and several key governmental departments.”

To encourage community participation, PALCUS handout lists the members of the Portuguese-American Caucus in the U.S House of Representatives as well as the Friends of Portugal in the Senate. The handout also includes valuable tips for contacting Congress.

Also, recently in Washington, the Arte Institute, in cooperation with the Embassy of Portugal in the United States, the Camões Institute and Georgetown University – Department of Spanish and Portuguese, presented the beautiful performance “Sobre o Mar”(About the Sea).

Additionally, the International Club of DC with the cooperation of the Embassy of Portugal and His Excellency Ambassador Domingos Fezas Vital, the Portuguese Ambassador to the United States, as well as the “Arte Institute” of Portugal and the “Center for Music Connections” presented a rare delight of an evening featuring a delightful jazz and Fado concert which was followed by a dinner buffet feast of Portuguese delicacies prepared especially by the Ambassador’s chef.