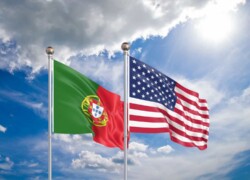 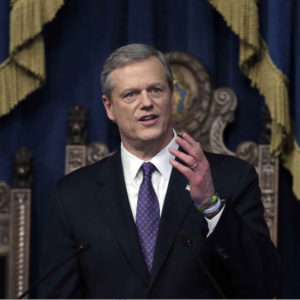 Established in 1985, by the late Representative Robert Correia, the annual event is traditionally celebrated in person at the State House in the House Chamber to recognize the contribution of Portuguese and Portuguese-Americans community in Massachusetts and the country.

The caucus currently has 14 members who can trace their backgrounds to mainland Portugal, the Azores, Madeira, Cabo Verde, and Brazil. The Heritage Day of Portugal celebration is the premier event coordinated by the caucus.

“The United States remains an invaluable partner in all of these collaborative efforts, and I dare say Massachusetts in particular,” Portugal’s new Consul General in Boston, Tiago Araújo, remarked at the occasion.

“Because of its Atlantic nature and its leadership in many areas crucial to the future of our economies and societies, our country is open to the world, peaceful and stable… We are already working with companies and organizations based in the Massachusetts, and we look forward to deepening this cooperation,” the Portuguese diplomat said.

The consul also underlined the role that the Azores can play on several fronts to advance this bilateral relationship. After California, Massachusetts is home to the second largest resident population of Portuguese heritage, estimated at 296,449, the majority with roots in the Azores islands.

The United States is home to about 1.3 million people of Portuguese heritage, with and estimated 693,000 native speakers of Portuguese.

In Massachusetts, Portuguese is the third most widely spoken language after English and Spanish.

In June 2021, Congressman Jim Costa (D-CA) introduced a resolution to the 117th Congress (2021-2022), supporting the designation of June as “Portuguese National Heritage Month”. The H.Res 459 resolution, co-sponsored by Congressman David Valadao (R-CA), celebrates the historic, cultural, and significant contributions Portuguese Americans have made to the United States.

PAJ/Staff | This article was updated with correction: “After California, Massachusetts is home to the second largest resident population of Portuguese heritage, estimated at 296,449, the majority with roots in the Azores islands.”