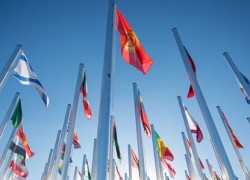 The proclamation at the end of last week’s was rather wordy, but the central point was clear: “Our climate is warming at an alarming and unprecedented rate and we have an urgent duty to respond.”

What is not clear is where do efforts to curb global warming go from here, now that Donald Trump has been elected leader of the free world?

Portugal’s Prime Minister António Costa was among the delegates from almost 200 countries who gathered in Marrakesh to push ahead with the Paris Climate Agreement adopted at the end of last year.

The gist of the Paris agreement is a commitment to keeping the rise in global temperatures to below 2°C, and if possible 1.5°C, above pre-industrial levels. This envisages a carbon-neutral world sometime this century, with the amount of greenhouse gases emitted by human activity limited to the levels that trees, soil and oceans can absorb naturally.

The majority of scientists have long been saying that failure to move away from fossil fuels and restrain escalating temperatures is likely to have “catastrophic” consequences. In Portugal, for example, this is predicted to include rising sea levels that swamp coastal towns and desertification that cripples the tourist industry and agriculture.

Portugal has ratified the agreement along with most other countries and Prime Minister Costa has expressed solidarity with its aims and terms.

The International Energy Agency, a Paris-based intergovernmental organisation established in the framework of the OECD, states in its 2016 review that in recent years “Portugal has continued to develop and reform its economic policy. This has meant rapid increases in renewable energy deployment, further market liberalisation in the electricity and natural gas sectors and greater emphasis on energy efficiency in policy making.”

Despite the accolades, activist groups in Portugal are continuing to press the present government to scrap prospecting licences granted by the previous administration and rule out any future offshore or onshore exploration for oil or gas.

The campaigners argue that it simply makes no sense to continue to prospect for oil and gas if Portugal intends to meet the terms of the Paris agreement.

Although ratified by the majority of signatories, the Paris agreement, the culmination of 25 years of complex negotiations, seems now in jeopardy. Having described global warming as a hoax perpetrated by the Chinese, President-Elect Donald Trump has named a long-time climate change sceptic and spokesperson for the fossil fuel industry, Myron Ebella, to take over as head of the US Environmental Protection Agency.

Trump promised that within 100 days of taking office he would cancel the Paris agreement  and “stop all payments of US tax dollars to UN global warming programmes.”

Then on Tuesday this week he confounded everyone yet again. In conversation in the offices of the New York Times he conceded “some connectivity” between human activity and climate change.

Asked by journalists if he still intended to pull out of the Paris agreement, he said he had “an open mind to it.” and that he was “looking at it very closely.”

Should he go back to his original ‘promise’, it is hard to see how the Paris agreement could effectively work to its given timetable. America is second only to China among the planet’s biggest greenhouse gas emitters.

One positive that anti-fossil fuels campaigners take from all this is that Trump’s approval of coal mining and oil and gas extraction is backfiring. Increasing numbers of US citizens are reportedly joining environmental groups and there is speculation that Trump could inspire a whole  new generation of climate activists.

The same will surely happen in Portugal if the Costa government does not completely ban fossil fuel prospecting in this country. 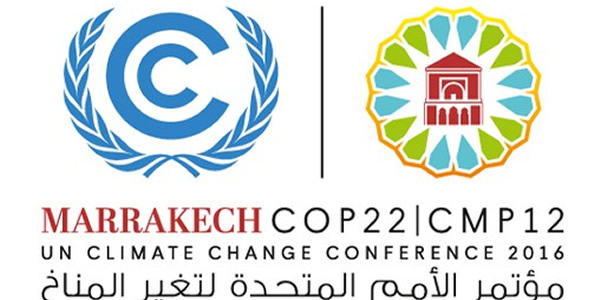