June 10th: ‘Day of Portugal’ celebrated across the world – Portugal 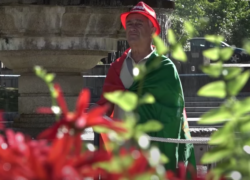 Portugal is celebrating today, the 10th of June – “Day of Portugal” – with a public holiday, while multiple celebrations are taking place across the world in the Portuguese diaspora.

In the United States the occasion is marked, coast to coast, by major festivities and cultural events.

In Canada, on June 10th, where many cultural events and festivities are also taking place, the Niagara Falls will feature the colors of the Portuguese flag, starting at 10:30pm, local time. 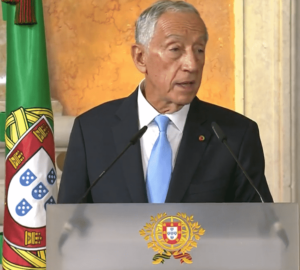 In Portugal, the festivities started officially on Thursday, June 9, in Braga city, with the hoisting of the national flag, in a ceremony presided by the President of Portugal, Marcelo Rebelo de Sousa, lasting until Friday.

Following the official celebrations in Braga, the President of the Portugal will travel to London,  where he will be celebrating the occasion with the Portuguese immigrant community until Sunday.

Before returning to Portugal, the president will include a visit to the principality of Andorra, for a meeting with the resident Portuguese community.

In the United States, where the Day of Portugal celebrations began Thursday, festivities are taking place in several cities and will continue throughout the month in the states of New Jersey, New York, Rhode Island, Massachusetts, Connecticut, Florida, and California.

In 2021, Congressman Jim Costa (D-CA) introduced a resolution to the 117th Congress (2021-2022), supporting the designation of June as “Portuguese National Heritage Month”. The H.Res 459 resolution, co-sponsored by Congressman David Valadao (R-CA), celebrates the historic, cultural, and significant contributions Portuguese Americans have made to the United States.

Since n 2016, the Day of Portugal has been celebrated between Lisbon and other destinations, starting with Lisbon and Paris in 2016;  Porto and Brazil in 2017; the Azores and the United States of in 2018; and in 2019 between Portalegre and Cape Verde.

Due to the Covid’19 pandemic, in 2020 there was only a symbolic ceremony at the Jerónimos Monastery in Lisbon. In 2021 the 10th of June was celebrated in Madeira, also without celebrations abroad.

Camões is celebrated for having composed The Lusiads, Portugal’s national epic poem celebrating the country’s historic achievements. The poem is considered to be the most important piece of Portuguese literature and has become a symbol of national pride.

The celebrations involve various military ceremonies, exhibitions, concerts, pageants and parades, and an awards ceremony by the President of the Portuguese Republic. Each year, the President chooses a city to host the official celebrations.

For the Portuguese people living abroad, Portugal Day is the time to display their heritage and ethnic pride. It is estimated that over 5 million Portuguese nationals live abroad, about 1.4 million living in the United States, with a large percentage coming from the Azores. Presently, there are sizable Portuguese American communities in Massachusetts, Rhode Island, Connecticut, Pennsylvania, New Jersey, New York, Florida, Louisiana, Nevada, California, and Hawaii.