Portugal: Is unisexism for all the way forward? By Len Port 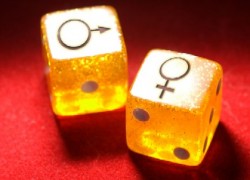 Portugal is in the middle order of world rankings when it comes to gender inequality. The gap is closing in several key areas, but there is little chance of this country ever catching up with remarkable developments in Sweden.

As one of the world’s most equal countries, Sweden has reached near parity in political representation, employment opportunities and wages. Not content with doing far more than most countries to eradicate gender discrimination, Sweden is forging ahead even further – into the uncharted territory of gender blending neutrality.

Plans are afoot to do away with gender altogether – well, almost. Just for starters, the most popular toys currently available in Sweden include sets of naked dolls in which each doll shows a different expression – a smile or a frown – but nothing that would identify it as a girl or a boy.

Reporting on efforts to get rid of the idea that men and women are different, Time magazine recently noted that a growing number of Swedes are replacing their words ‘he’ (han) and ‘she’ (hon) with a new word – hen. As unfortunate as it sounds in English, Swedish politicians are now using hen in parliament and it is routinely used in some leading newspapers.

Unisexism is not entirely new, but promoting gender neutrality on a national scale is viewed by many, even in Sweden, as feminism and political correctness gone mad. Yet Time ventured to predict that if Sweden succeeds, “the rest of the developed world may one day look at gender-neutral pronouns and gender-neutral dolls as every bit as essential to democracy as equal voting rights.”

Portugal has made very significant advances in gender equality over the past decade. That said, concerns have been raised about recent setbacks attributed to the on-going financial crisis and austerity measures.

Even if and when the good economic times return, neutrality is not going to work in this country. Expressive dolls might catch on, but the highly sexist Portuguese language is surely going to scupper unisexism. 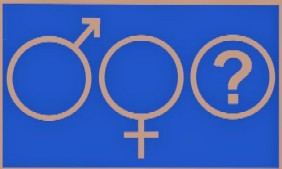 It doesn’t make much sense to monolingual English speakers, but Portuguese nouns are either masculine or feminine – or in some cases bisexual, so to speak. The word ‘sex’ is itself masculine (sexo) with no feminine equivalent. A ‘journalist,’ whether a man or a woman, is always feminine (jornalista). The word for all sorts of people can sexually change depending on who it is describing (doutor / doutora, amigo / amiga). And just to make life a little more multifarious, any accompanying adjectives must agree with the gender of the noun.

Because of this linguistic complication, the equality focus in Portugal will probably remain on such matters as closing pay disparities (at present women doing similar work earn on average 30% less) and increasing the percentage of female members of parliament (currently just under 30%).

Among the other niggling imbalances, at last count more than 81% of Portuguese women do the laundry, 74% prepare the meals, nearly 66% wash the dishes and 63% take care of the house cleaning on their own. Men only shine when it comes to chores such as house repairs (60%), administrative tasks (41%) and shopping (39%). 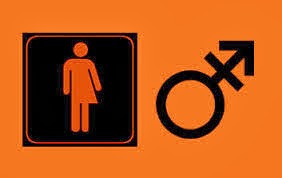 Eradicating inequality in Portugal may not need legislation or feminist campaigns. It is happening naturally. Far fewer girls than boys are dropping out of school nowadays. Once largely illiterate and confined to the kitchen, women are well outstripping men in gaining university degrees and positions in traditionally male-dominated professions such as medicine and law.

The English word ‘idiot’ is almost the same in Portuguese (idiota). It is feminine and there is no masculine alternative. That is definitely going to have to change.