Good news for the wildlife in Portugal’s cork oak forests, for everyone working in the country’s cork industry and for those of us who are fed up with corkscrews.

In the international wine market, the use of screw caps has soared in recent years to the detriment of cork stoppers. The consequences looked dire for Portugal, which produces half of the cork harvested annually in the world. Much of the best quality is harvested between May and the end of August in the Algarve.

A heavy sigh of relief followed the unveiling at the International Vinexpo wine fair in Bordeaux last month of a remarkably simple invention.
So far, revelations about the new “twist-to-open” Helix wine cork have been generally well received. They will “revolutionize the world of corks,” according to the Portuguese weekly Expresso. 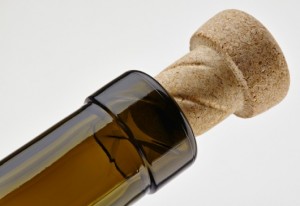 “Just when you thought that mankind’s genius could go no further, four years of research has given birth to a new apex in cork innovation,” reported Gizmodo.com in an article headlined, “They’ve invented a twist-off wine cork and life will never be the same.”

“Hurrah!” shouted the Huffington Post, adding that the unveiling begged the question – “why has it taken so long?”

The Portuguese cork producer Amorim and the US glass container manufacturer O-I, described their joint concept as “a high performing and sophisticated wine packaging solution.” The response during tests with connoisseurs has been “overwhelmingly positive,” they say, adding that market research shows that 94% of consumers in the US and 90% in France prefer cork stoppers.

In essence, a thread finish on both cork and bottle make opening and closing a Helix stopper as easy as winding a screw cap. Corkscrews will simply become museum pieces.

Crucially to traditionalists – and despite all the talk of innovation – Helix corks ‘pop’ in the same way as the old–fashioned ones.

Noting that cork grows on trees and so “fits with wine’s earthiness,” the BBC’s News Magazine commented: “A scientist might talk about the explosive pop of a wine cork in terms of pressure or elasticity. But for wine lovers, the distinctive creak and pop means something good is happening. It triggers associations – social intimacy, relaxation, nuanced aromas, celebration – that go far beyond just a slug of alcohol.”

One of the big claims of screw caps was they did not allow ‘cork taint.’ Well, neither do Helix twisters. The results of extensive testing showed “no alteration in terms of taste, aroma or color,” say the makers.

“We are delighted to offer the market not only a 100% renewable, modern product, but also a solution that enhances the wine drinking experience through opening and resealing convenience,” says António Amorim, chairman and CEO of the Amorim group. 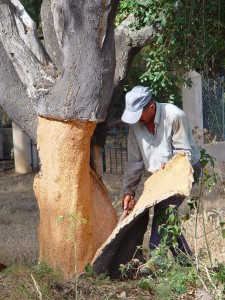 Founded in 1870 and based near Oporto, Amorim is the world’s largest manufacturer of cork stoppers, supplying more than 15,000 customers across 82 countries, through a network of fully owned subsidiaries in every wine market around the world.

In an era in which almost everyone seems to be in rowdy conflict over almost everything, it is refreshing to hear that “the future of innovation is through collaboration.” So says O-I’s European president Erik Bouts. “Helix is a proven example of what can be achieved for consumers and the wine trade when the world’s leading companies in glass packaging and cork work together.”

A word of warning though: don’t throw away your corkscrew just yet. Helix corks may not be widely available for a year or two.