Who is Who? To be or not to be Portuguese at the U.S. House and Congress – Washington, DC 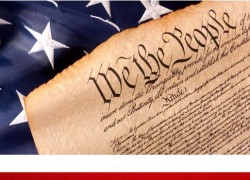 Identity politics can be briefly defined as political attitudes or positions that focus on the concerns of social groups identified mainly on the basis of gender, race, ethnicity, or sexual orientation.

Yesterday, February 5,  Associated Press (AP) Washington correspondent, Suzanne Gamboa, reported about  her findings revealing varying, and at times contradictory, definitions for Hispanic, Basque, Latino and/or Portuguese at the highest levels of the U.S. Government, including the U.S. House of Representatives and the U.S. Congress. Her conclusions are surprising, conflicting and mindboggling. The article is beeing disseminated in the mainstream media.  Read the full story:

Differing views on whether House members with Portuguese, Basque heritage are Hispanic

WASHINGTON – How many Hispanic members are there in Congress? Turns out narrowing it down to one number is not easy.

There is no dispute about the Senate, which has three Hispanic senators. The House, however, is another matter.

The House Press Gallery, an administrative office of Congress that helps media and House officials get the data and background they need, counts 33 Hispanic representatives in the 113th Congress, not including delegates. The Congressional Hispanic Caucus Institute, a nonprofit affiliated with the caucus, puts the number at 31. The National Association of Latino Elected and Appointed Officials tallies 28.

The conflicting numbers on Capitol Hill illustrate just how elastic Hispanic identity can be.

Hispanics can be of any race, and some 18 million Hispanics — or roughly 37 percent — used the “some other race” category on their 2010 census forms rather than identify as black, white or Asian. Because of that, the Census Bureau is considering making Hispanic a distinct category. On the 2010 form, the bureau asked whether or not people identify as Hispanic, and if the answer was yes, from which country of origin.

NALEO defines Hispanic or Latino as someone who can trace their ancestry to a Spanish-speaking country and identifies with that culture, said Arturo Vargas, NALEO’s executive director.

The Congressional Hispanic Caucus Institute has no formal guidelines for compiling its list; it simply counts members who self-identify as Hispanic, including Portuguese, spokesman Scott Gunderson said.