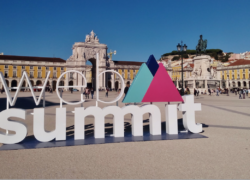 The Web Summit, described as the largest and most important tech event in the world, and Europe’s largest tech event, will be held again in Lisbon, starting on November 1th through November 4th, 2021.

With Prime Minister of Portugal António Costa as the keynote speaker, around 40,000 people, from over 160 countries, are expected at Lisbon’s Altice Arena, where the event has been held in previous years.

This year, about 1,000 speakers and about 1,300 startups have already lined up to attend the in-person event held online last year due to the coronavirus pandemic. Last year’s online event had more than 100,000 attendees.

Organizers are working with Portuguese authorities to ensure the in-person event follows all health protocols, such as showing a vaccination certificate, or a negative COVID-19 test.

Currently, Portugal, one of the world’s most vaccinated nations, with around 85% of its population fully inoculated, has lift almost all remaining COVID-19 restrictions effective October 1st. 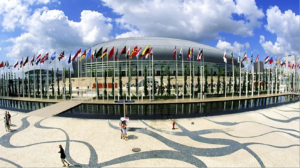 The annual international conference brings together policymakers and leading field experts to discuss the future of tech, with a speaker line-up which include EU commissioner Margrethe Vestager, Amy Poehler, Brad Smith, Microsoft president Brad Smitha, and other big names in the industry such as Reddit, Amazon, and Tinder.

Other attendees range from Fortune 500 companies to smaller tech companies and include a mix of CEOs and startup founders and a wide range of professionals from across the global technology industry and its related industries.

Established in 2009, by Paddy Cosgrave, David Kelly and Daire Hickey, and originally called the ‘Dublin Web Summit’ the World Web Summit was held annually in Ireland, before moving to Lisbon, in 2016, where it will remain for 10 years.

Under the agreement, Portugal’s government will pay the Web Summit organizers €11 million ($12.6 million) a year, anticipating that the number of participants will increase exponentially and will bring high revenue to the country’s economy. The agreement obliges Web Summit to pay Portugal €3 billion ($3.5 billion) if it were to decide to leave the country before 10 years.

Organizers estimate that each event itself will generate €300 million ($347 million) in revenue while promoting Portugal and Portuguese companies on the global stage, particularly the technology startups.