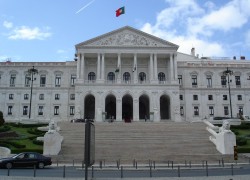 The Portuguese Council of Ministers announced Thursday it has made changes in the current legislation regarding entrance, residency and voluntary and involuntary departure of non-nationals.

A statement released by the Council announced “significant improvements” to five different areas of visa policies.

In addition to criminalizing the employment of illegal immigrants, the new regulations create a new EU Blue Card residency permit and reinforce measures designed to discourage “marriages of convenience” to meet residency requirements.

The new regulations also change the terms for immigrant family reunion procedures and establish a new set of rules to expedite the process for business entrepreneurs investing in Portugal.

Further details regarding the changes in the Portuguese immigration and residency law were not made immediately available on Thursday.