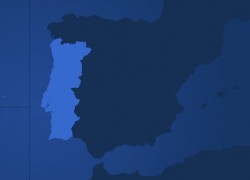 President Marcelo Rebelo de Sousa has enacted a new decree to simplify the visa application process changing “the regulation of the legal regime of entry, permanence, exit and expulsion of foreign citizens in Portugal,” the official announcement reads.

The goal is to allow foreigners, who enter Portugal to work, to get legal residence and working permits, with the purpose of facilitating their integration in the country.

Portugal is a signatory to the Schengen Agreement signed in 1985, with the intention to remove all border restrictions. The signatories agreed to begin reducing internal border controls, with the ultimate goal of allowing free movement of persons between countries within the Schengen area.

The visa policy allows nationals of certain countries to enter the Schengen Area without a visa for short stays and requires others to have a visa.

Launched in 2012, the Portugal Golden Visa program welcomes investors from all over the world no matter their nationality, religion or culture.

An investment of €500,000 (or €350,000 reduced option) in real estate in Portugal guarantees a residency permit for the investor and family, including dependent children. The Golden Visa can be renewed every two years, providing the applicant spends two weeks in the country every two years. The program offers a new nationality, the guarantee of a residency permit, as well as European Union passports for the investor and family.