Unemployment in Fall River the highest in Massachusetts 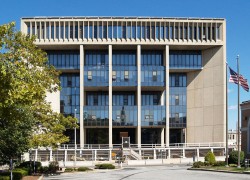 While most cities statewide experienced a decrease in their unemployment rate, figures released Tuesday show that in Fall River the unemployment rate increased to 18.4 percent in March up from 17.1 percent in February — reported the Executive Office of Labor and Workforce Development.

Fall River, a city with a population of 95,072, remains the only city of the state’s 22 urban areas to suffer an increase in unemployment.

The unemployment rate in Massachusetts dropped to 8.0 percent in March, below the national rate of 8.8 percent while, according to the source, 3,200 new jobs were added statewide. The largest gain in employment occurred in Leisure and Hospitality while Construction had the largest growth rate.

Fall River hosts the highest proportion of ethnically Portuguese residents (43.9%) in the United States, many claiming to be of Azorean origin, most from São Miguel Island.