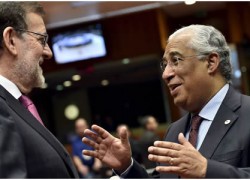 Viewed from this relatively calm corner of the European continent, it seems as though the world is collapsing in an unprecedented period of political turmoil.

On Donald Trump’s election victory, top Portuguese model Sara Sampaio expressed the shock of many when she tweeted: “Brexit and now this! Wow the world has gone bananas.”

Okay, what’s going on is not funny but many people find it hard to get their heads around this combination of confusion and chaos.

The new superman of the western world and his counterpart in the east began by exchanging pleasantries rather than insults. The honeymoon between Trump and Putin is good news for Syria’s President Bashar al-Assad. Bad news for ISIS. Bad news too for NATO of which Portugal is a founder member and in terms of military strength currently rated at 17th out of the active 26 allied countries.

Trump has declared that NATO is “obsolete.” Without mentioning the supposedly sacrosanct ‘attack on one is an attack on all’ pledge, or that NATO fully came to the aid of the US following the 9/11 attacks, Trump has said that America may refuse to help any of its NATO allies unless they “pay their bills” and “fulfil their obligations to us.”

A spokesman for the Russian president took the opportunity to suggest that Trump begin rebuilding bridges between the two super powers by telling NATO forces to withdraw from the Russian border.

NATO Secretary-General Jens Stoltenberg immediately warned: “We face the greatest challenges to our security in a generation. This is no time to question the value of the partnership between Europe and the United States.”

Military bands proudly played “Rule Britannia’ on Remembrance Sunday even though Britannia clearly no longer rules the waves. A flotilla of Russia warships had provided a provocative reminder of that by sailing majestically through the English Channel en route to Syria on 21st October, the anniversary of the Battle of Trafalgar.

Meanwhile, the partnership between the European Union and the United Kingdom continues to crumble with no coherent plan in sight. Foreign Secretary Boris Johnson has been accused of adding to the chaos.

During a recent spat with Johnson , an Italian economics minister, Carlo Calenda, said: “Somebody needs to tell us something, and it needs to be something that makes sense. You can’t say that it’s sensible to say we want access to the single market but no free circulation of people. It’s obvious that doesn’t make any sense whatsoever.” 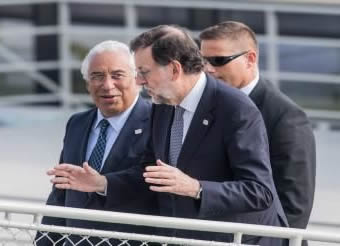 In step left and right, Portuguese and Spanish
prime ministers.

Post-Brexit Britain is suddenly looking out of step with its “closest ally” too, though stories emerged this week that Prime Minister May is planning a Trump “charm offensive.”

While the presidential transition process is said to be in chaos and anti-Trump protests continue across a bitterly divided America, anger over traditional politics, austerity, high levels of unemployment and mass immigration are bubbling up across Europe.

Geret Wilders, leader of the anti-immigration and Eurosceptic Dutch Freedom Party who has been campaigning against the “Islamisation of the Netherlands”, may be able to form a government after the Dutch general election in March.

Marine Le Penn, the self-proclaimed ‘Madame Frexit’ and leader of France’s far-right National Front, stands a good chance of following in Trump’s footsteps and winning a sensational victory in the French presidential election next April and May.

All eyes will then turn to campaigning for September’s local elections and October’s national elections in Germany. Angela Merkel’s popularity has been punctured by her highly controversial immigration policy and she has yet to announce if she will stand for another term as chancellor. Her Christian Democrat party will be severely challenged by growing support from Germany’s anti-Muslim AfD party.

The October 2017 general election in the Czech Republic is forecast to present a tough battle for Prime Minister Bohuslav Sobotka and his centre-left Social Democrats in the face of voter distrust and anti-EU protesters.

Ten shambolic months during which Spain was without a properly functioning administration were finally sorted at the end of last month when the conservative prime minister Mariano Rajoy was elected to a second term of office, leading a minority government.

The first foreign leader to congratulate Rajoy in Madrid was another minority leader, Portugal’s socialist prime minister António Costa who relies on support from anti-EU and anti-NATO far left parties.

The two leaders seemed like the best of friendly neighbours and promised further bilateral summit meetings, the next in Portugal preceded by a cruise from Spain down the Douro.

That this week’s meeting between Rajoy and Costa was held on Monday without a hint of madness when the super moon was at its fullest perhaps augurs well for Iberia if not the rest of the world. 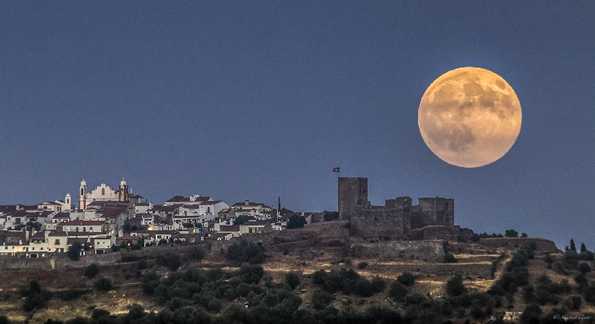