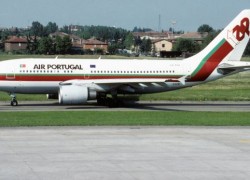 Portugal’s flag carrier, TAP Portugal, will bring back the designation ‘TAP Air Portugal’. The return to the original brand name is scheduled for September 14, as part of the effort to promote the airline’s position in the North American market.

The move includes the launching of a new Airbus A330-300, the first aircraft to feature the title.  A formal unveiling ceremony is scheduled to coincide with the aircraft’s delivery on August 22.

In North America, TAP Portugal operates in the United States, in a tie-up service with JetBlue, offering flights from its Lisbon hub to New York, Boston, Miami and Newark. The partnership with JetBlue allows both airlines to sell connecting seats on each other’s flights.  In Canada, in June, the carrier brought back its operation to Toronto for the first time since 1994.

TAP Portugal was founded in 1945 as Transportes Aéreos Portugueses (TAP), Portugal’s flag carrier. The carrier was rebranded TAP Air Portugal in 1979 as part of its modernization. The name was dropped in 2005 in favor of the of TAP Portugal.