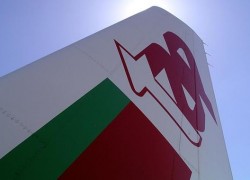 Established in 2004, over the past ten years, Global Traveler’s consistent, unbiased reporting has placed the GT Tested Reader Survey among the most highly regarded in the industry.